The Kia Seltos has been performing very well for the South Korean brand, managing to grab a huge market share in the SUV segment in the Indian market. In fact, the Kia Seltos has been going like hotcakes, with its sales figure rising sharply month after month. In August 2019, the Seltos saw a total sales number of 6,236 units, and then the sales figures surged to 7,754 units and 12,854 units in September and October 2019, respectively. Last month, Kia Seltos recorded the highest-ever monthly sales of 14,005 units, thereby maintaining the first spot in the country’s SUV sales chart. With such positive momentum, Kia Motors managed to beat Tata Motors, Toyota, and Honda to become the fourth-largest auto brand in India with just a single product in its range. 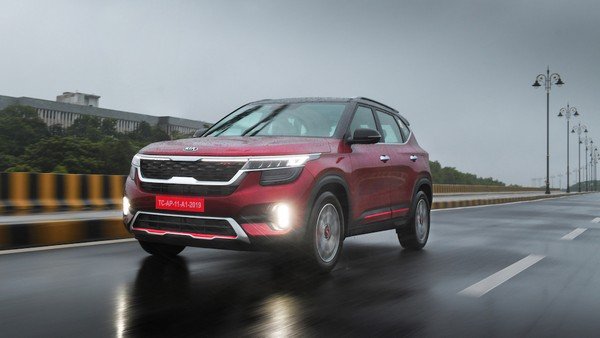 Currently, the new Seltos is Kia’s only product for India. Launched in August 2019, the Kia Seltos comes in two major trim levels – Tech Line and GT Line along with three engine options and 4 transmissions in its heart. All the powertrain options of the Seltos comply with the upcoming stricter BSVI emission norms. The petrol version of the car employs a 1.5-litre engine, making 115 PS of max power, and can be offered with either 6-speed MT or a CVT. The SUV is also on sale with a 1.4-litre turbocharged petrol motor producing 140 PS of power and paired with a 7-speed DCT or CVT. Also, there’s a 1.5-litre diesel motor generating 115 PS of power available with either a 6-speed MT or a 6-speed AT unit.

As for Tata Motors, sales of the home-grown carmaker fell as much as 43.14 per cent in the last month. The company witnessed a massive sales decline with 10,400 units sold in November 2019 as against 18.290 units in November 2018. Despite having a slight year-on-year sales dip of 3.31 %, Maruti Suzuki continues to take the lead, with 1,39,133 units registered last month and a market share of 52.82%. Hyundai takes the second spot with 44,600 units retailed during the month of November 2019, increased by 2.04 % as compared to the year-ago period.