Here’s a Honda Jazz, which looks amazing with some aftermarket customizations. This is the pre-facelift model of the car. Check it out here.

Right now, Honda Jazz is the only hatchback offered by the Japanese carmaker in the Indian market. It is popular for its spacious and feature-loaded cabin. In its segment, it rivals the likes of the new-gen Hyundai i20, Tata Altroz, and VW Polo. The Honda hatchback is also quite popular among the modifiers around the world as it looks quite eye-catching after getting customized. Here’s a Honda Jazz, which employs a lot of modifications, and it now looks pretty amazing. 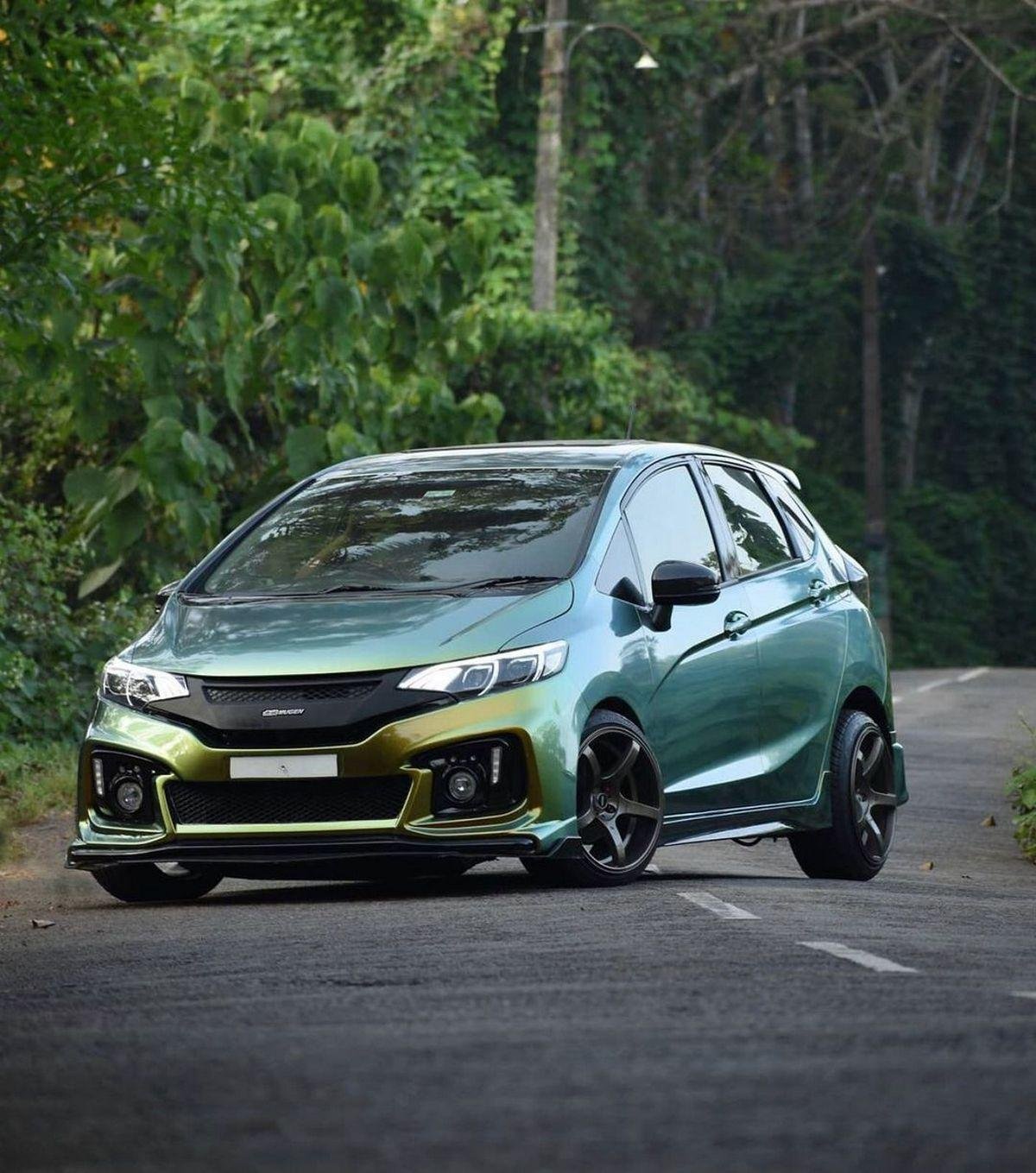 Starting from the front fascia of the car, the modifier has replaced the regular headlamps, with aftermarket LED projector headlamps. It also employs a new blacked-out grille, which looks aggressive than the stock chrome grille. Moreover, the hatchback also features a more aggressive-looking front bumper, which features fog lamps and LED DRLs. This Honda Jazz has been wrapped in a glossy green wrap, which looks quite striking and gives this hatchback a unique look. On the sides, it gets blacked-out five-spoke alloy wheels, which are shod with low profile rubber. The wing mirrors of the car have been blacked-out too.

At the rear facet, it now features a customer diffuser, bumper, tail lamps, and a light bar. Other than this, no customizations have been done on the vehicle. All these modifications have made the Honda hatchback look stunning. The pictures of this aggressive looking Honda Jazz have been uploaded by an Instagram page named modified_in. 2018 Honda Amaze vs Ford Freestyle: Which one is better?

A few months back, Honda launched the new facelifted model of the Honda Jazz, which features subtle cosmetic and feature updates on the outside and inside. It derives power from a 1.2-litre, four-pot gasoline mill, which is capable of shredding out power and torque outputs of 89 Bhp and 110 Nm, respectively. Transmission duties are done by a 5-speed MT or a CVT. The engine is rated to offer an ARAI-certified mileage of 16.6 kmpl. The new Honda Jazz gets retailed at a starting price of Rs 7.55 lakh (ex-showroom, Delhi) for the base trim and goes all the way up to Rs 9.79 lakh (ex-showroom, Delhi) for the top-end variant.