Here's a list of all the upcoming Kia cars at Auto Expo 2020, along with price, images, specs, etc. of the new Kia cars and SUVs.

Kia is the sister brand of Hyundai and is often known as the luxury brand of the manufacturer across the world. In India, however, it has recently started with just one car called Seltos. I know, you would question Kia now that you can’t survive the chores of the Indian auto market with just one car. But, they already know about it. To answer this question, they’ll also be bringing a lot of their cars to the auto expo 2020. So that masses can have an idea about what Kia would be launching here in India. And, to give you an idea Kia has a lot of potent products up its sleeves that it sells around the globe. So we have listed what all the upcoming Kia cars at Auto Expo 2020 you should be expecting. After the successfully debuting in the country with the Seltos, the next car from Kia is the Grand Carnival MPV. The MPV is spied during its test run in final production form and is expected to be launched from the floors of auto show’s itself. The Carnival is going to come here in India in the top-end 7-seater variant only, not the 9-seat variant that is sold internationally. It is expected to be available in three variants: Premium, Prestige and Limousine. The car would come to showrooms through the CKD routes. And thus will carry very high-quality levels and a higher price tag than the current segment leader Toyota Innova Crysta. It will be packed with numerous advanced equipment and safety features.

In the global markets, the Grand Carnival is sold as Grand Sedona and is known for the rider comfort it offers to the occupants. It gets a 2.2L diesel engine internationally that belt out 202PS and 404Nm to propel this big and spacious SUV in conjunction with a 6-speed automatic transmission. Since we have talked a lot about the comfort and space that this MPV will offer, this MPV will also share the space with other upcoming Kia cars at Auto Expo 2020. 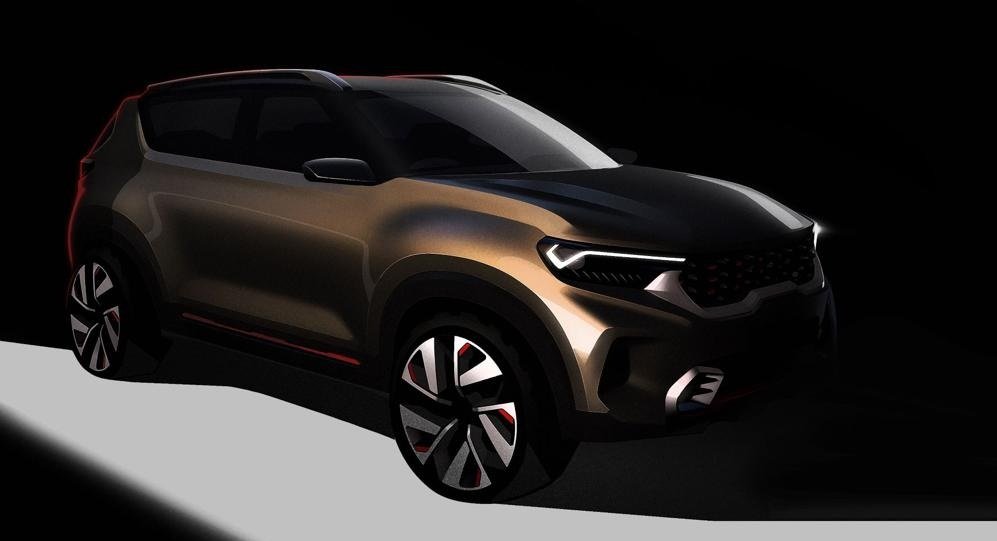 Kia is a sister brand of Hyundai and we do not hesitate to tell that to you again since Kia’s very first product was based on a Hyundai platform. And there’s another one going to use the Venue’s platform. So the juice of the tale is, Hyundai is testing a Venue based sub-4m compact SUV that will be positioned right below the Seltos. Codenamed Kia QYi, the SUV has been reported to be named 'Kia Sonet'. The Kia’s iteration, however, is expected to be a bit more luxurious than the Hyundai’s Venue. According to the official sketches released by the company, the compact Kia SUV will wear a similar face as the Seltos’s, giving it a very butch and bold look. To power the vehicle, Kia is expected to borrow Hyundai Venue’s 1.0L turbocharged petrol power plant. Since Hyundai’s 1.4L diesel unit is going to be replaced with Kia’s 1.5L unit, we expect that engine to do duty here as well, but detuned slightly for better fuel economy. The base model of the upcoming Kia SUV could be powered by a 1.2L engine which, once again, will be borrowed from the Venue. Although we can’t tell much about this compact-SUV codenamed QYI, one thing we can be sure of that Kia’s iteration will be a sportier one in comparison to the Hyundai’s. 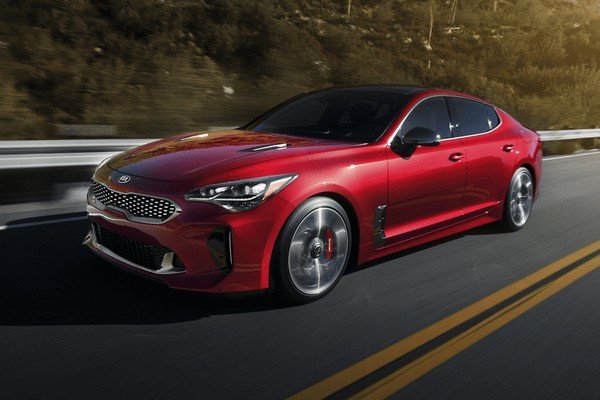 The Halo Kia model among all the upcoming Kia Cars at Auto Expo 2020 is the Stinger GT. The Stinger GT was also showcased at the 2018 Auto Expo and grabbed a lot of attention for itself. However, Kia hasn’t launched the car yet here in India, given the fact that the market isn’t ready for the car. With a 3.3L twin-turbo V6 that pumps out 365 horses and head-hammering 560Nm of torque which darts this sports saloon from a standstill to tonne just under 4.6 seconds. This is achieved with the help of an 8-speed auto transmission unit and an LSD equipped AWD layout. The Stinger GT sports saloon can make a lot of potent sportscars shy away in terms of its performance and the looks. The looks we haven’t talked of yet. The sharp and menacing Stinger GT sits on the 19-inch alloys wheels. The coupe-like roofline also gives it a character to suits its mechanical specification and the hunkered down poise it gets from a low and long bonnet is what you can stare for a day without taking a break. However, as of now Kia has no plans to bring this car to the Indian roads but is expected to come around the end of the year 2020 with a smaller engine option. So making us talk again about the Hyundai’s indulgence in Kia is the Sportage since it is based on the Tucson. But, the Sportage looks a lot different than what a Tucson looks like, the silhouette is very identical though. Differentiating the Sportage is Kia’s iconic tiger-nose grille, swept-back headlamps, ice-cube LED fog lamps and the 19-inch alloy wheels. The Sportage gets a 2.0L 4-cylinder naturally aspirated petrol motor in the international market that makes 240PS of peak power. The India spec car is expected to come with Tucson’s 2.0L petrol and diesel motors in the BS-6 state of tune. The Sportage wasn’t showcased to the masses at the last Auto Expo but it is expected to be there this time, and the reason it is here on our list of upcoming Kia cars at 2020 Auto Expo. The next car on the list of upcoming Kia cars at Auto Expo 2020 is the biggest and humongous of all, the Telluride. The Telluride is based on the Hyundai Palisade and is Kia’s latest offering in the international market. With its massive dimensions measuring 5 meters in length, 1990mm in width and 1750mm in height, the SUV is sure to attract a lot of attention and presence at the expo floors. With its size and presence, the SUV will compete against the likes of Toyota Fortuner and Ford Endeavour. Powering the SUV is a 3.8L direct-injection V6 petrol motor, which delivers 290PS and 350Nm as its peak output, but the SUV will hopefully get a diesel engine when launched in India.

The Kia Soul EV will be also one of the Kia cars which are expected to be showcased at the Auto Expo 2020. The EV will borrow the platform from the Hyundai Kona Electric and will also share the powertrains with the Niro EV. The car will be powered by a 60 kWh electric motor which helps the car travel around 485 km per charge. Kia has equipped a Combined Charging System (CCS) in the EV, helping the car be 80% charged in only 75 minutes. The motor can generate 204 PS against 395 Nm. The driver can select among the four driving modes: Eco+, Sport, Normal and Eco. When altering the modes, the power provided to the traction motor, the regenerative braking, heating and conditioning system will also be changed. The Kia Soul can accelerate from a standstill to 100 kmph in just 7.6 seconds and achieve a maximum speed of 170 kmph. In terms of features, the Kia Soul EV will be packed with the company's UVO 10.3-inch touchscreen infotainment system. The system offers numerous advanced functions including scheduled charging functions and charging station upgrades. It can also show some important information such as battery status, waypoints and the car's navigation.

The X-Line Trail Attack concept will be the more robust model with a dual-tone desert paint scheme. It will also be equipped with eight rally lights. Moreover, it will also get a more rugged bumper, a front winch, a lift-kit which helps raise the ground clearance to 240 mm and 17-inch alloy wheels with knobbly off-road tyres. Kia also showcased another concept model, which is the Seltos X-Line Urban, which is more suitable for city usage. It will get a grey paint scheme with a polishing black roof, a 2-inch lift kit to deal with potholes, a roof rack with rally lights. Both of the concepts will receive their power from a 1.6-litre turbo gasoline burner which can generate 177 PS against 264 Nm. The power will be spread to all of the four wheels through a 7-speed DCT automatic gearbox. However, the India-spec model is not expected to get this motor. The interior has remained intact except some additional features such as a different dash layout.

The Kia K5, which was recently disclosed through official images, will be also showcased at the Auto Expo 2020. The vehicle will feature a bolder design with a more well-equipped cabin. The South Korean automaker has reported that the cabin will be equipped with selected tactile materials; the horizontal wide dashboard will make the cabin more spacious. It will also be equipped with the company's latest 10.25-inch touchscreen infotainment system which will be attached to the new 12.3-inch digital instrument cluster and a powerful 12-speaker BOSE surround-sound audio system. A mood ambient lighting system will also be available in the cabin, releasing light from panels in the crash-pad and in the doors. Some of the other outstanding features of the Kia K5 include a voice command system which enables the driver to control numerous functions in the car and an 8.0-inch head-up display which provides the driver with important information on the car status including its speed, navigation instructions, etc. 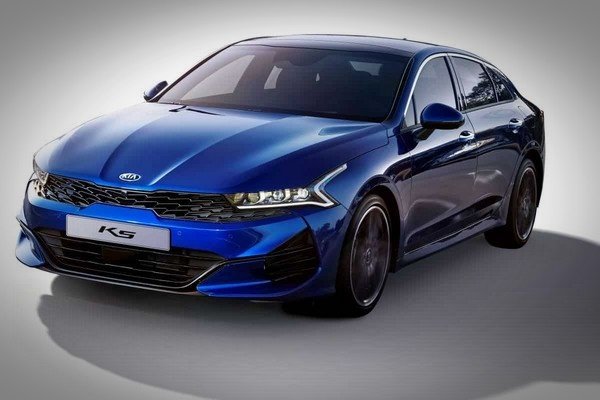 In the safety front, the Kia K5 will be equipped with numerous passive and active safety and driver-assist systems. The Advanced Driver Assistance System (ADAS) offers a range of safety features. The vehicle also comes with Kia's 'level 2' autonomous driving technology, Lane Following Assist (LFA), which uses a camera to keep the K5 remain in the centre of its lane. The new Optima will also become the first Kia car to be equipped with the new Remote Parking Assist (RSPA), which allows the driver to move the car autonomously. Other more familiar safety features which include nine airbags, Electronic Stability Control and Vehicle Stability Management (VSM) help the driver maintain control when cornering and braking.

The Kia K5 (Optima) will receive its power from multiple Smartstream gasoline burners. The first one is a 1.6-litre turbo petrol direct injection motor with a new Continuously Variable Valve Duration (CVVD) tech which can deliver 178 BHP against 265 Nm. The second one is a 2.0-litre MPI motor which can generate 150 BHP against 192 Nm. The last one is a 2.5-litre GDI motor which can produce 191 VHP against 246 Nm. The transmission duties on all of the versions will be undertaken by a 6-speed or 8-speed AT gearbox while the last one is also offered with the company's new 8-speed wet DCT unit. A hybrid option will also be available with the Kia K5.

Above is a list of eight new Kia cars which will make their debut at the Auto Expo 2020. Do not miss the chance to watch these cars directly by going this great biennial auto festival in India.