Diesel cars are also preferred for its high fuel economy and higher power output. Here is the list of 10 best-selling diesel cars in the FY19.

The diesel vehicle market is currently in turmoil due to the upcoming stringent BSVI emission norms which pose threat on many diesel cars in India across all segments. Deeming the huge cost for upgrading the diesel engines to meet the new norms, Many car manufacturers are discouraged from maintaining their current diesel line-up. Some carmakers have decided to discontinue some of their diesel engines. The most daring move must be Maruti’s decision to cut off the diesel variants on some best-selling models like Swift, Ciaz, Baleno, Brezza and more. Sales of diesel market are more or less affected. However, demand still persists. Now, IndianAuto will recap what models are the best-selling diesel, based on the sales record of the financial year 2019. This list will also give you suggestions for the best diesel cars in India.

In the FY19, Maruti has sold more than 1.57 lakh units of the Brezza. With such a huge sales volume, the Brezza successfully secured the number one position in the diesel-powered section. Within the SUV space, Maruti Vitara is the most sold model too. Notably, the ongoing model of the Brezza is solely powered by a 1.3-litre DDiS2000 diesel engine that makes 90 bhp and a 200 Nm. Two transmission options on offer are a 5-speed manual unit or a 5 AMT unit. Maruti Brezza is one of the best diesel automatic cars in India right now. But, as we informed above, Maruti will put a stop to the diesel engine on the Brezza, which basically means a new petrol motor will take its place. In all likelihood, Maruti Brezza will get the same 1.5-litre petrol engine as on Maruti Ciaz. Maruti continues to lead the diesel cars market with the second best-selling diesel model, Maruti Dzire. Even though the sedan segment, in general, is losing its popularity, the segment-leading Dzire still manages to keep the sales record stable. In FY19, diesel range alone, Maruti has sold over 1.16 lakh units of the Dzire. The main attraction of the Dzire diesel is the availability of diesel-automatic option. The Dzire is a good suggestion for a low price diesel car. 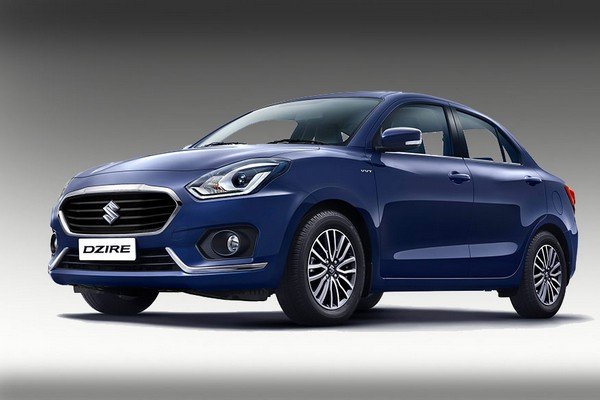 Next on the list is the best-selling sub-four-meter Creta. Hyundai, as the second largest car manufacturer in India, has cracked into the top three best-selling diesel models and challenged the well-established dominance of Maruti in the market. With 84,968 diesel units sold in the FY19, Hyundai Creta asserts itself to be a big diesel seller in the market. Hyundai Creta comes with both diesel and petrol engine. However, it is the diesel that attracts more customers. Besides the 1.6-litre petrol engine (123 bhp/151 Nm), the Creta offers two diesel options, including a 1.4-litre (126 bhp/259 Nm) and a 1.6-litre motor (128 bhp/260 Nm). 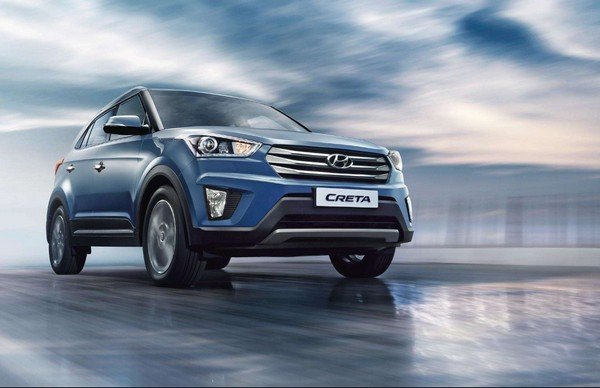 Toyota Innova Crysta has given us a big surprise by showing up at the fourth place in the best-selling diesel cars chart. This premium SUV has defeated other affordable options like Swift, Elite i20 or EcoSport. It is also the most expensive vehicle in the top ten. Understandably, Toyota Innova Crysta could offer one of the most refined diesel engines of this class with a high fuel economy and high reliability. Currently, Toyota Innova Crysta is receiving power from the 2.4-litre diesel (150PS/343Nm) and 2.8-litre diesel (174PS/360Nm) along with another 2.7-litre petrol engine (166PS/245Nm). The first diesel engine comes with a 5-speed manual transmission while the latter is mated to a 6-speed automatic gearbox. Toyota Innova Crysta offers one of the best diesel automatic cars in India. Mahindra Scorpio is the only model from the homemade manufacturer appearing on this list. Even though being the oldest SUV on the list, Mahindra Scorpio remains a loyal following of Indian customers in 7-seater SUV segment. The current Scorpio is a diesel-powered-only model. It is available with two diesel engines, a 2.5-litre m2DICR 4-cylinder unit and a 2.2-litre mHawk motor.

The larger engine is good for 75PS of maximum power and 200Nm while the smaller 2.2-litre comes with two different states of tunes, 120PS/280Nm and 140PS/320Nm. Only a manual gearbox is available. Maruti S-Cross might be considered as one of the scarce cases where Maruti models failed to capture massive popularity. However, this diesel-powered only model is still doing well with the average sales of 30,000 per month. Surprisingly, this model also shows up in the top 10 best-selling diesel models in the India market. The only engine of the ongoing S-Cross is the 1.3-litre diesel which is equipped with Suzuki mild hybrid SHVS system. However, the Maruti will soon replace this diesel engine with the new petrol engine. Maruti Ertiga was given generation updates last year. The new upgrade has boosted the sales of the Ertiga greatly. The second-gen Ertiga is launched with an upgraded 1.5-litre diesel engine (95 bhp/225 Nm) while the petrol range gets an all-new 1.5-litre petrol engine (105 bhp/138 Nm). The diesel engine is available with one transmission option which is the 6-speed manual unit while the petrol range gets both manual and automatic gearbox. The diesel manual configuration could return the fuel mileage of 24.20 kmpl. It is also one of the best mileage diesel cars in India. At the affordable price bracket ranging from 8.85 lakh to 11.21 lakh, the Ertiga diesel gains a strong pricing advantage over other diesel MPVs in the market. After the Hyundai Creta, the diesel Elite i20 is Hyundai’s second best-selling diesel model. This premium hatchback also gains the ninth position in the top best diesel cars in FY19. Given that it is the highest ranked models of its segment on this list, the ninth place is not bad at all. The sales of diesel Elite i20 even surpasses that of the segment-leading Baleno. Hyundai Elite i20 is also another good choice for a low price diesel car.

Hyundai Elite i20 diesel is powered by a 1.4-litre U2 CRDi diesel engine paired with a 6-speed manual gearbox. This engine could put out the maximum power of 90 bhp and 220 Nm. The last slot on the top 10 best-selling diesel cars in India belongs to Ford EcoSport. Ford EcoSport was known as the first sub-compact SUV to become popular, intriguing customers’ favour for small SUV. After the launch of Brezza, even though stilling remaining a stable sales, Ford EcoSport has never seen its prime day again. Especially, with the current launches of newer models like the Mahindra XUV300 and Hyundai Venue, Ford EcoSport is now facing stiff competition in the segment. But leave that for the future, in the last FY, Ford EcoSport registered over 30,000 units sales for the diesel version only, which is second sub-compact SUV to be included on this chart, just after the Maruti Brezza. Ford EcoSport comes with one diesel engines along with two other petrol motors. The only diesel engine is a 1.5-litre unit that produces 100 bhp and 205 Nm. This engine is only packed with diesel engine only while the petrol gets both manual and automatic gearbox.