Setting out to buy a new Honda car with under Rs 10 lakh budget? Check out the list of Honda cars under 10 lakh in India to make a better decision.

Honda has been a respected brand in India for a long time now, all thanks to the capable cars in its small lineup. Honda currently stands at the 8th position on the sales charts in the Indian market. To further increase sales, the Japanese car giant has lined up quite a good number of important cars for India, vying to update the range regularly to delve deeper in the Indian car space.

Honda has started to understand what modern Indian customers require and most of its products in the market is replete with value-for-money quotient. If you are going out to buy a new Honda car today but are on a tight budget, it does not mean you’ll have to compromise on the cosmetic design, equipment, safety, etc. Does it sound unbelievable? We show you the list of best Honda cars under 10 Lakhs in India with prices, specifications, features and more.

The first car in our compilation of Honda cars within 10 lakhs budget is the extremely-popular Honda Amaze. Honda has been selling the compact family sedan in India for quite some time, but in its older generation, the Amaze never scored well in terms of sales. That, however, changed upon the arrival of the new-gen model. The second-gen Honda Amaze created quite a big buzz in the Indian market when it’s launched in 2018 and it has been a success story of Honda since launch. In fact, the compact saloon by Honda has crossed 1 lakh sales milestone in the country and was the company’s fastest product to record these figures. Honda Amaze is quite a stylish family saloon. Taking a massive leap over its predecessor, the second-gen Honda Amaze sees a range of design changes and feature upgrades, while sharing its underpinnings with the new Brio. The Amaze is a lot more than just a three-box design that the previous-gen model was. A talking point of its overall design is that the vertical thick chrome grille upfront, which has divided opinions of auto enthusiasts, but for many, the chunky chrome grille still looks nice and premium. 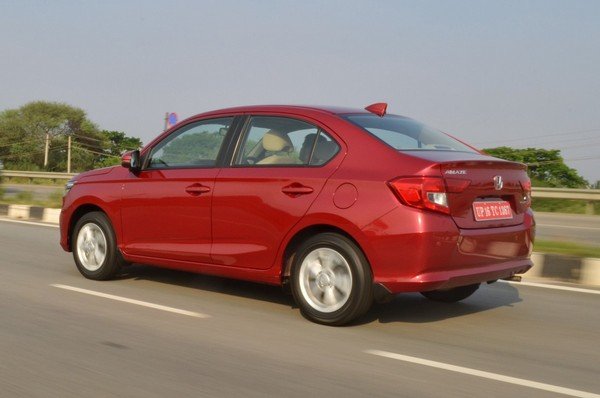 The 2018 Honda Amaze gets quite a well-executed cabin which is packed with a long list of comfort goodies and roominess. Features like segment-first paddle shifters, height-adjustable driver seat, engine start/stop, keyless entry, automatic climate control, multifunction steering, and 420-litre boot space are some of the major highlights inside the vehicle. Powering the Honda Amaze are two engine options – a 90 HP/110 Nm 1.2-litre i-VTEC petrol engine and a 100 HP/200 Nm 1.5-litre i-DTEC diesel unit, both of which are mated to a 5-speed MT and a CVT unit.

Honda City marked the Japanese brand’s entry into India in 1998 and quickly became a tuner’s favourite at the time. Over two decades out in the market, the Honda City has enjoyed a fair amount of success through its four generations and become one of the most sought-after executive sedans in its segment. In 2014, Honda introduced the fourth-gen Honda City to the Indian market and within only a month of launch, it was the highest-selling mid-size sedan in the country. The current edition of Honda’s most popular mid-size sedan entered the market in February of 2017 and still remains on top of the choices of sedan-buyers within the budget of under Rs 10 Lakh. 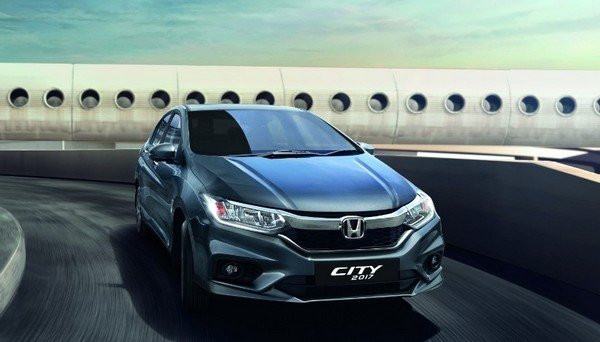 Compared to its predecessor, the current-gen Honda City gets a completely new exterior profile with a smarter front signature grille with chrome inserts, new sharp bold headlamps with LED DRLs along with sculpted bumper and diamond-cut multi-spoke alloys setup. As far as the interior goes, just like many other Honda cars, the Honda City gets advanced interior features such as a 7-inch capacitive touchscreen infotainment system with Android-based interface, navigation, real-time traffic data, two USB slots, 1.5 GB of storage and even an HDMI port. The City’s core strengths like comfortable seats, flat floor or ample rear-seat space remain as good as before in the latest-gen version.

Honda is gearing up for the introduction of next-gen Honda City which is expected to go on sale in India sometime in 2020. We’ve worked out what to expect from the 2020 Honda City, check it out! If you find it hard to afford a new model, choosing a used Honda City should be a better deal. Honda City is a high resale value car and you could easily get access to thousands of pre-owned Honda City for sale on Indianauto.com.

Sedans aside, our list of best Honda cars under 10 Lakhs also consists of SUVs. Our next pick is the Honda WR-V. Marketed as a ‘premium sporty lifestyle vehicle’, the WR-V, introduced in 2017, shares the elements of Honda’s global DNA which has been well-received by the Indian customers. The WR-V is the brand’s first entrant in the sub-four-metre SUV segment and is positioned between in the BR-V and Jazz. In fact, in the present day, the compact SUV segment is hotly contested, with more modern players like Hyundai Venue, Tata Nexon, Maruti Vitara Brezza, etc., that have gradually outsold the Honda WR-V in terms of sales. However, it is no denying the SUV is still a trustworthy car from the Japanese brand and to remember the heyday in 2017, it was once the brand’s bestselling car in India. Powering the Honda WR-V is either a 1.2-litre 4-cylinder i-VTEC petrol engine or a 1.5-litre i-DTEC engine unit. While the gasoline burner is capable of producing 90 HP of power and 110 Nm of torque, the diesel motor is good for 100 HP of power and 200 Nm of peak torque. Transmission choice of the WR-V includes a 5-speed MT for the petrol engine and a 6-speed MT for the diesel engine option.

Also Read - Best Cars Under 8 Lakhs With Specs and Prices

The Honda WR-V is a rugged-looking SUV. It shares the same platform with some design cues with the Honda Jazz but designers have worked hard to make them less evident. The WR-V comes with a sporty front end with the high-bonnet line, chunky headlamps and thick chrome grille, giving it an aggressive nose. The plastic cladding wraps all around the car, and there are roof rails added on, to complete the crossover aura of the model.

Honda BR-V is a good option in the arena of 7 seater cars in India, especially within the Rs 10 Lakhs budget. The compact premium SUV was introduced some years back. It is based on the same platform as the Brio and the Amaze, to help keep the cost in check and give the SUV a competitive price sticker. The Honda BR-V is a small Honda SUV/MPV crossover with the ability to seat seven, which means it could score a key factor to win against other 5-seater models in the segment. Typical for a Honda car, the BR-V gets several creature-comforts including steering mounted controls, height-adjustable driver’s seat, keyless entry, engine push-button, leather-wrapped steering, armrests depending on trim levels among others. Honda BR-V gets capacitive touchscreen infotainment with in-built navigation and voice command recognition in the top-trim only, which could be a huge disadvantage if you are planning to buy the other trims.

In fact, the entry-level BR-V seems to lack most of the entertainment fitments on the inside but it does compensate with more comfort-focused features instead. The Honda BR-V has not skimped on safety either. It offers enough safety features such as front dual airbags, ABS with EBD, rear parking sensors, rear defogger (excluding the base model), front seatbelt pretensioner with load limiter, high-mount stop lamp, driver seatbelt reminder, and immobilizer as standard across the variants.

Honda always has a good option across the segment and its aspirational hatchback under the range of 10 Lakh mark is the Honda Jazz. The Jazz first debuted in India in June 2009 but Honda pulled the plug on in 2013. The car then came back to the stage in July 2015 in its third-gen avatar. The current model was introduced in 2018 and currently retails for Rs 7.45 – 9.40 lakh (ex-showroom, New Delhi).

Sharing the same architecture with the Amaze, WR-V, the Honda Jazz, which is a successful model globally, is quite an underrated model in the Indian market. In fact, prices of the Honda Jazz might not be as competitive as other hatchback cars like Maruti Baleno or Hyundai i20, but it is a really competent car, especially for those who admire the brand equity of Honda. Further, in terms of aftersales, Honda Jazz is packed with high reliability and is quite a pocket-friendly hatchback to opt for when considering the service costs. Honda Jazz draws the power from two engine options, a 90 HP 1.2-litre petrol engine and a 100 HP, 1.5-litre diesel as seen in the Amaze. Undoubtedly, Honda cars are always known for its incredibly seamless driving and the Jazz gets no exception. While the petrol-powered model comes paired with a 5-speed manual transmission as standard and an option of a CVT, the diesel mill gets the support from a 6-speed manual transmission only.

Though the design of the Jazz feels a bit outdated now, it offers good space, practicality and makes a good choice for people who demand power and high fuel mileage. The 2018 Jazz is even safer with updated safety package such as dual airbags, speed-sensing door-lock, rear parking sensors, ABS with EBD, rear defogger, among others.

Here’s our complete list of Honda cars under 10 Lakhs in India. Hopefully, this information would be of help if you were thinking of purchasing a new Honda car. If there were any models that you think it didn’t make to our compilation, kindly let IndianAuto know in the comment section below.