Here's a list of all the models by Hyundai At Auto Expo 2020, which includes models 2020 Creta, Verna facelift, Tucson facelift, i30, etc. with launch date, price, specs.

The Korean auto-giant ‘Hyundai’ holds the second position in the Indian automobile market in terms of its market share. With 3 launches this year, the manufacturer has expanded its lineup with cars of different shapes and sizes, and with different forms and functions. The show isn’t yet over from the manufacturer though, since there are a handful of car launches scheduled for next year as well. Interestingly, all the upcoming cars will be showcased at the 2020 Auto Expo before they're officially launched. Since a few of them are already launched in some international markets; we have a little idea of what Hyundai will bring here to the Indian mainland. To let you folks in on the exciting info, we have compiled a list of all upcoming Hyundai At Auto Expo 2020.

Hyundai Creta has been dominating the entry-level SUV market space since it was launched a few years back in the country. It kickstarted a new trend of mid-size crossovers in the market way ahead of its time, and it is now that the other manufacturers have also started launching their products in this very segment. Sadly, since the car is turning old now, it is losing its space to the newer and fresher products. The next-generation Creta has already been launched in the Chinese market and will be the highlight among all the models by Hyundai At Auto Expo 2020.

The new Creta will be a longer, wider, and a slightly taller car. As it borrows design cues from the larger Palisade, and the overall design of the car is a love-it-or-hate-it affair. The car gets a larger-wide cascading grille at the front along with a vertically-split headlamp design. The Indian version of the car will also get a chrome-slated grille instead of the mesh-grille seen on the China-spec version. On the sides, the Creta looks a little plain, but it will get a new design for the alloy wheels and all-black cladding running around it. The rear is also done in a similar way like the front with a spilt-design on the tail lamps. As for the engines, 2020 Hyundai Creta will be powered by the same BS6-compliant powerplants that power the Kia Seltos. The test mules of the car have been already spotted testing on the Indian roads, hinting towards a launch around the Auto Expo 2020. The Elite i20 was launched in the country back in 2014 and since then, it has received just one major facelift. Now, Hyundai is working on a completely new model that would be launched some time next year. This would be a generation change for the car. It will be based on a new platform and that would probably give it a new bodyshell. There’s not much known about this car yet, however, it is expected to come wrapped with a fresher appeal altogether. The new i20 is also expected to borrow the drivetrain from the Kia Seltos for the diesel engine option, while the petrol mill will be a direct lift from the current one, but with BS-6 compliance. Details about this car aren't well known at this point, but this car is widely anticipated in the Indian market, and that is why it is the first vehicle here on our list of upcoming models by Hyundai At Auto Expo 2020. Hyundai has launched the Elantra facelift recently at a price tag of Rs. 15.89 lakhs, but only with a 2.0-litre 152PS petrol engine only. As India is a country where car buyers love filling diesel in the fuel tanks, the Elantra could turn out to be a miss for Hyundai. To counteract this fact, the Elantra would soon be launched with a diesel engine. This model will be showcased at the Expo floor first, and then launched sometime later when the BS-6 emission norms kick in. So if planning to get the new Elantra with a diesel engine, you should wait for the Auto Expo 2020. 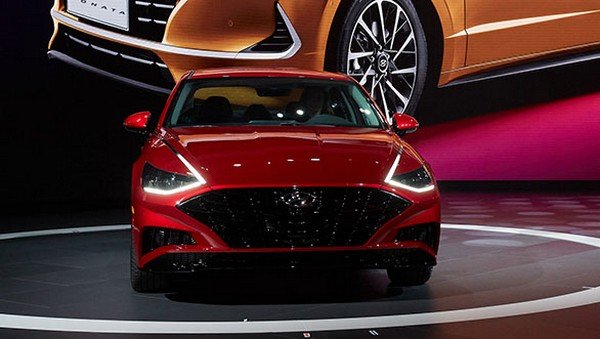 Hyundai Sonata is the flagship car from the Korean car giant and is known for the comfort and premiumness it offers. However, the car could not impress the Indian buyers back in 2002 and given for its stagnant sales figure, it was discontinued. Now, Hyundai is considering launching the latest avatar of its flagship saloon in India again. Talking about its looks, the new-gen Sonata looks dynamic on the outside with a coupe-like silhouette. Also enhancing its overall looks and stance are the stylish alloy wheels. While the interiors are shod in with premium look all-around, it also gets a plethora of features from the high-end luxury saloons like the Bose sound system, ambient lightings, and the likes. Powering the Sonata is a 2.0-litre petrol unit with plug-in hybrid tech, which on international models churns out over 200PS as total output. However, when launched in India, a similar setup should be expected as Hyundai would miss out on a diesel engine for the Sonata. Once launched the Sonata would be the most luxurious car in India under Rs. 40 lakhs. It's also the most luxurious of all upcoming models by Hyundai At Auto Expo 2020. Earlier we had seen the next-gen Hyundai Verna showcased at the Chengdu Auto Show in China. Now, the car has finally launched in China and could be launched anytime soon in India as well. As part of Hyundai’s new design philosophy, the Verna is designed on the lines of the flagship Sonata. It features a large-wide cascading grille that dominates the front. On the sides, the car is very similar to the outgoing model, as this transition isn’t a complete generation change for the car. The only change on the sides is the new design for the alloy wheels. The rear, however, has a very different design approach in comparison to the outgoing model. It now features sharper lines and creases for both the tail lamps and bumper design. The major changes are directed towards a big transition on the appearance of the car, but that can only be confirmed once the car’s showcased along with other upcoming models by Hyundai at Auto Expo 2020. By now, you should’ve recognized the fact that Hyundai is updating its product lineup with the exercise of facelifts and generation change. Tucson would also be a part of this exercise. The updated Tucson has been launched in some international markets, and there’s isn’t much that has been changed to the car launched there. It now gets sharper lines against the fluidic curves the outgoing Tucson in India has. The car also gets new alloy wheels with a sharper design. On the inside, however, not much has changed and the interior is pretty identical to the outgoing car. Since Auto Expo is already around the corner, we don’t expect Hyundai to launch the car before the show. Thus it will be one of the few Hyundai cars at 2020 Auto Expo that will get launched in the same year. Hyundai has recently revealed that the Xcent sub-4-metre sedan will be discontinued, and will be replaced by their new sedan, the Hyundai Aura. Nothing else has been revealed about the sedan except the name, and the inspiration behind it ('vibrance of positivity' and 'state of being', the company says). The ongoing Xcent is based on the previous-generation Grand i10 hatchback, while the Aura will be based on the recently launched Grand i10 Nios. The Grand i10 Nios is currently offered with a set of 1.2-litre petrol and 1.2-litre diesel engine as options and they will be carried over to the upcoming Hyundai Aura in a slightly different state of tune. However, there’s not much known about the car yet, but it is expected to be a part of the lineup that Hyundai is coming up with, at the Auto Expo. 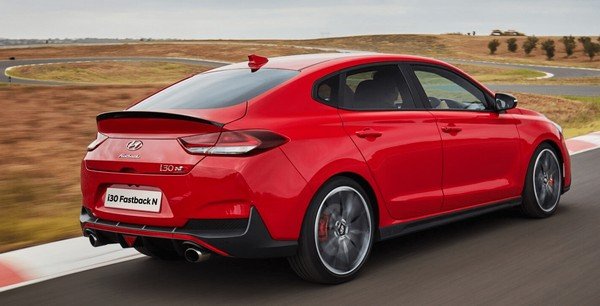 Apart from all the new launches, Hyundai will also showcase a few cars that the company might have planned for the future. There will be a few international models or concept cars on display, to help gauge audience reaction to the car. One such car will be the Hyundai i30 N Fastback. According to a recent report, the South Korean Car Giant will be showcasing its performance fastback sedan/ four-door coupe at the 2020 Auto Expo and it is the kind of car that will surely get enthusiasts excited for it.

The i30 N fastback will be powered by a 2.0-litre turbocharged inline-four engine that produces 275PS and 378Nm of peak torque. That engine, however, might never be brought to India, owing to rising fuel costs and poor reception of petrol vehicles in the price bracket this car will probably occupy. A smaller turbo-petrol, perhaps the 1.4L unit from the Seltos (140PS/242Nm) not only makes more sense but will also be more accessible to Indian enthusiasts. Hyundai showcased the Le Fil Rouge concept car at the Geneva Motor Show in 2018. The concept car was designed with ‘Sensuous Sportiness’ theme, which Hyundai has infused on some of its production cars as well. Designed on this theme, the Le Fil Rouge concept wore gorgeous body panels and a coupe-like roofline. The squat stance of the car was backed by the new approach of Hyundai designers, called ‘Light Architecture’. Being a concept car, the Le Fil Rouge missed out on practicality, whatsoever, but the car had all the bling and drama that Hyundai could inject into it. The wide cascading grille with a 3D treatment featured parametric jewels inside, which mimicked the headlamps helped the front facet look distinctive and unique. The long wheelbase, big and flashy alloy wheels, and the short overhangs worked well in order to enhance its coupe-ish silhouette. The Le Fil Rouge concept was loved by the audience at the Geneva Motor Show, and we expect the reactions would be same, as it is going to be one of the most sensuous models by Hyundai At Auto Expo 2020.

This is the list of upcoming models by Hyundai At Auto Expo 2020 which the manufacturer will be showcasing to the masses and would eventually schedule their launch across the year 2020. If there are any that we missed, please let us know by reaching out to us on our social media handles or commenting down below.