Check out our list of upcoming Renault cars in India 2020, comprising of everything from Renault Triber AMT to Renault HBC C-SUV.

French automobile manufacturer Renault had placed its first footstep into the Indian market in 2005. Since then, Renault has managed to make a positive impact on the domestic automobile industry by introducing a range of affordable, practical, and entrancing cars ranging below the Rs 10 lakh mark. In an effort to further intensify its position in India, Renault is set to add a range of new products to its lineup of cars, giving more benefits to their prospective customers. During the Auto Expo 2020, Renault had quite an interesting stall, with a lot of new tech on display, along with a few new upcoming models. Apart from the ones on display there, there are a few other that are in the pipeline for the French carmaker. Let’s take a look at the upcoming Renault cars in India 2020.

Renault managed to create a quite a buzz in India with the launch of Renault Triber – the first-ever sub-four-metre MPV car for the Indian auto space. However, it’s a bit of letdown for Indian buyers as the MPV is available with a single petrol engine/manual transmission combination only; there was no automatic variant at launch. Finally, the much-awaited automatic variant of the Renault Triber broke its covers at the Auto Expo 2020. The Renault Triber AMT displayed at the event is an accessorized version that wears a few accessories on its exterior, including blue accents on roof rails, dual-tone colour scheme, and larger 16-inch wheels. However, these features are unlikely to make it to the commercial models. The Triber AMT will carry forward the 1.0-litre naturally-aspirated petrol mill, albeit in BSVI guise, making 72 PS of power and 96 Nm of torque. The automatic version of the Triber is confirmed to go on sale in India in the Q2 of 2020. Apart from the Renault Triber AMT, the Triber Turbo variant has been showcased at the biggest auto show as well. The launch is slated for the coming months.

The electric iteration of the popular Renault Kwid is also one of the highly-anticipated upcoming Renault cars in India 2020. The Renault K-ZE was wrapped off at the Auto Expo 2020 on February 5th, previewing a new small mass-market electric car for the Indian market. Basically, the Renault K-ZE is nothing other than a Kwid with an electric powertrain. The K-ZE is packed with a 26.8 kWh lithium-ion battery pack that powers a 33kWh electric motor, all the ways to propel the car with a driving range of up to 271 km. Combined with the top speed of 105 kmph, the upcoming Renault K-ZE is sitting at the sweet spot in the Indian EV segments, given the fact that most EVs in the country end up losing out on the top speed for the achievements of the driving range.

The K-ZE is reported to be underpinned by the same geometry as the Kwid hatchback. It is expected to have a similar size to the Kwid sibling, save for the weight gain. The estimated price of the Renault K-ZE is at around Rs 7 Lakh. Launch timeline is unclear until now. More information on the upcoming Renault car will be updated with IndianAuto. The new engine is a 1.3-litre turbocharged petrol unit that helps the car to gain a massive power boost over the earlier version. This engine is tuned to produce 156 PS of max power and 250 Nm of torque and comes linked with a 6-speed MT and a CVT option, making the Duster the most powerful midsize SUV in its category.

The updated Duster will get more features for its top-spec trim, comprising of a set of 17-inch alloy wheels, remote cabin’s pre-cooling function, automatic climate control and engine start/stop. With a lot of components by its side, the forthcoming Renault Duster Turbo is said to be a lot pricier than the outgoing 1.5-litre petrol version. The year 2020 will also see the discontinuation of the 1.5-litre diesel-powered Duster as the engine will not be upgraded to the BSVI compliance.

According to some media report, Renault is contemplating introducing the Zoe EV in India. The Renault Zoe EV has made its Indian debut at the Auto Expo 2020 already. Reports also suggest that the electric hatchback will be locally assembled in India and priced at around Rs 15 Lakh. From this, apart from the K-ZE, the Zoe EV will be another upcoming Renault car in India 2020 and joins the country’s EVs competition. The Europe-spec Renault Zoe measures 4,087 mm long, 1,787 mm wide and 1,562 mm high with 2,588 mm in the wheelbase. The car comes with a 52 kWh battery pack powering an electric motor, thereby making two different states of tune, namely 107 BHP and 133 BHP. The driving range of the Renault Zoe could be at around 383 – 394 km. It is reported that the new Renault Zoe EV is being tested and modified to suit the Indian driving conditions.

The Renault HBC should be the most anticipated upcoming Renault cars in India 2020. Sadly, Renault failed to bring its HBC sub-four-metre compact SUV to the Auto Expo 2020. However, we’re pretty sure that the HBC is not that far away from the launch. It is rumoured to be christened as Renault Kiger and will slot in the sub-four-metre compact SUV segment to take on the likes of Maruti Vitara Brezza, Hyundai Venue, Ford Ecosport, and the upcoming Kia Sonet. 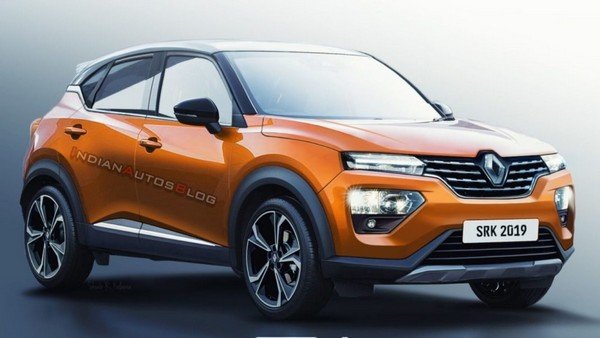 With the momentum of the Kwid and Triber, price is expected to be a trump card of the HBC up its sleeve. The all-new 4-metre SUV by Renault is likely to come with a 1.3-litre turbo-petrol engine that has been showcased in the Triber at the Auto Expo show recently. We expect the HBC to be equipped with a familiar grille and borrow a host of cues from the Triber. As with most of Renault cars, we expect the Renault HBC to be quite a looker.