A car company logo is a visual manifestation of the brand’s value and it is supposed to create a certain impression about the car owners. You probably have seen the logos of luxury car brands many times but have you ever thought about these company logos' hidden meanings?

A logo can be considered the face of a brand that makes you go “Ooh Aah” in wonderment and scream in excitement, leaves you with a question mark hanging over your head, or makes you frown and tell yourself that you would never go near that product.

A luxury car logo of a company, for the most part, implies class, power, prestige, and reliability. Such a symbol creates an aspiration for many people to work hard and to do great things so that they are able to purchase the vehicle as a statement of status and achievement. In some cases, a logo is more than an image that communicates value as it also acts as a pictorial representation of the brand’s history.

Audi was founded in Germany in 1909 by a man with the name August Horch. It is little known that the word Audi is actually a translation of the name of the founder himself. “Horch” from the word “horchen” in German means “listen”, whose equivalent in English is “hark”, and it is translated into Latin as “audi”.

The Audi car logo that comprises of 4 overlapping circles may remind you of the 5 Olympic rings, and the truth is in the past the International Olympic Committee tried to sue Audi for the logo and they lost because Audi’s 4 rings have a totally different meaning. The Audi famous car logo of 4 interlocking rings represents the collaboration of four pre-merger automotive companies that made Auto Union, the predecessor of Audi. The first ring from the left symbolises Audi, the second Dampf-Kraft-Wagen (DKW), the third Horch, and the last Wanderer.

Bentley Motors Limited was founded by Walter Owen Bentley in 1919 in Cricklewood, North London. In that year, the first-ever Bentley car was manufactured and introduced. The first Bentley car was a four-cylinder racing car and it appeared with an emblem that had the initials of the company’s name in the middle and two hawk wings that came from the letter. While the car is no longer manufactured and the company changed from being a subsidiary of one automobile company and then to a different parent car company, the logo of Bentley remains somewhat the same throughout a century.

While the true meaning of Bentley’s logo is not completely clear, some say that the wings denote that driving a Bentley is the closing feeling to flying. Meanwhile, some say that the symbol bears a strong and somewhat eerie resemblance to the winged sun disk symbol that was used in the ancient Near East including the countries of Egypt, Mesopotamia, Persia, and Anatolia. The ancient winged sun disk is said to symbolise royalty, divinity, and power. If the logo had been designed with the ancient symbol in mind, the company sure has achieved its mission of manufacturing cars that scream status and power, as Bentley car has always been one of the most well-loved by the Royal Family. 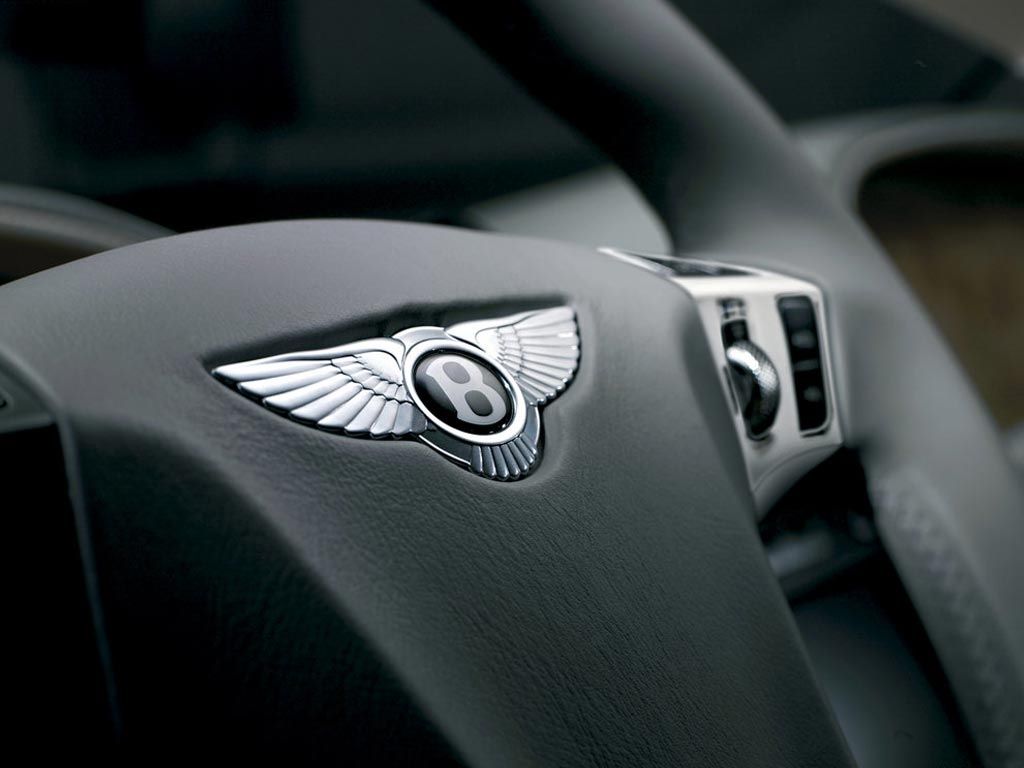 Brands That Have Car Logos with Wings and Their Meanings

Bavarian Motor Works (actually it is Bayerische Motoren Werke for anyone who is interested in German), or BMW for short, was founded in 1916 by Karl Rapp. Initially, BMW was a company that produced aircraft engines and the engines were famous for good fuel economy and high-altitude performance. After the two world wars, BMW had to stop manufacturing aircraft engines, so the company turned to produce motorcycles and cars. Fun fact: at one time, right after the Second World War was over, BMW had to resort to manufacturing pots, pans, and other kitchen supplies because most of its facilities were destroyed, seized, or banned.

Because of such origin, some people may associate the BMW car logo with a plane's white propellers against a blue sky, but that just a myth. The true meaning of the BMW logo is that it takes inspiration from the Bavarian flag, the country in which the company originated, and pays homage to the once-existed nation. The BMW’s logo is widely considered as one of the best car logos in the world, and through all kinds of odds and ends, the logo remains somewhat unchanged till today. 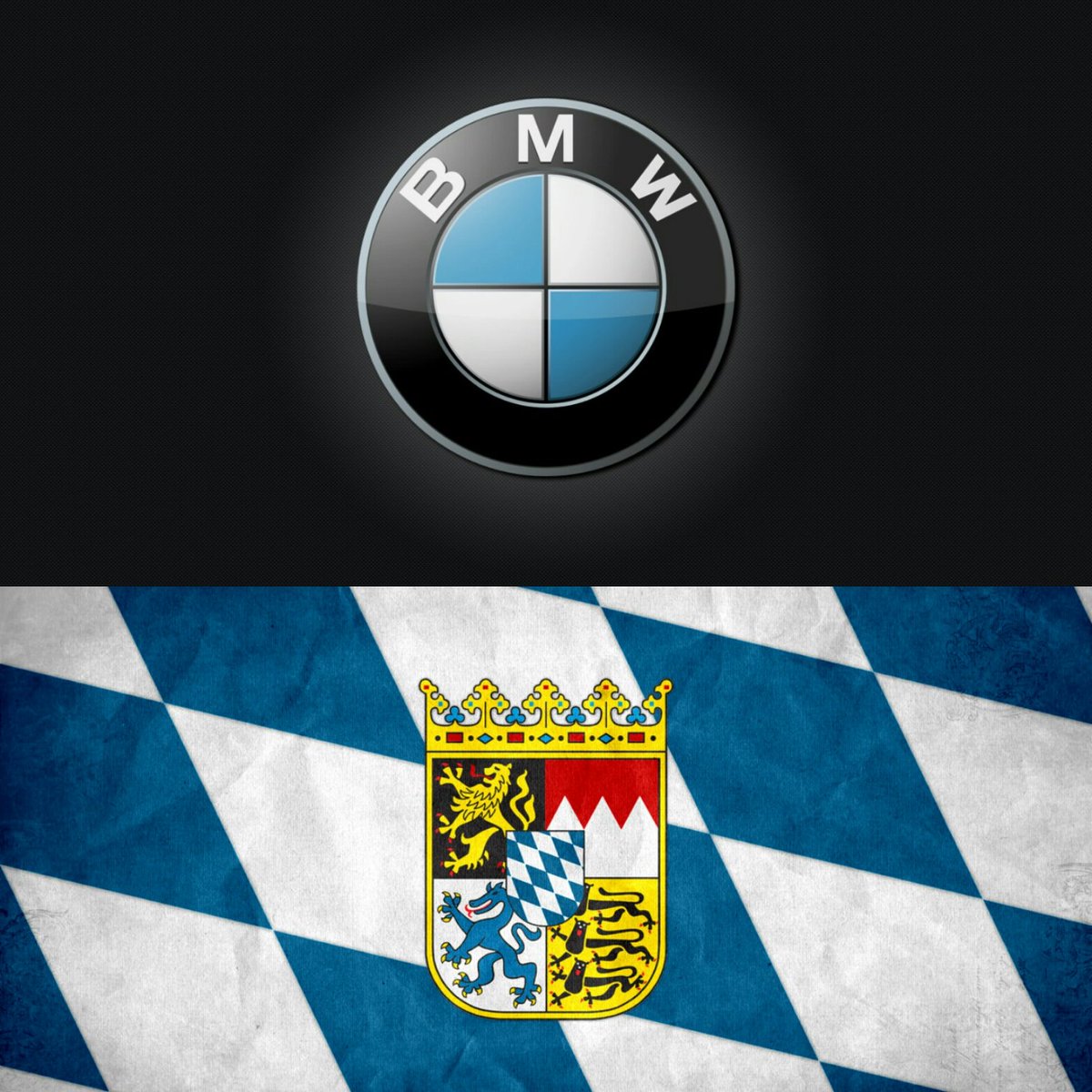 Apart from the fact that the Lamborghini car logo has a surrounding of a golden shield that resembles Ferrari’s logo to a certain extent, the bull at the centre of the Lamborghini’s logo is snorting and standing in an aggressive position, saying that he is ready to fight. Some assume that the golden fighting bull represents the power of Lamborghini cars, and it may not be very far from the truth, considering how they are well-known for high power and high speed. The Lamborghini car logo with bull is considered one of the most iconic and instantly recognizable car logos in history, and if you have ever spotted a Lamborghini on the street in real life, either parked or running, you can attest to this claim.

Rolls-Royce Motor Cars Limited was founded in 1906 in the United Kingdom by two men named Charles Rolls and Henry Royce. Very different from other automakers, Rolls-Royce has two symbols that represent the soul of the company: the Rolls-Royce’s interlocking double-R logo and the infamous Spirit of Ecstasy. The overlapping R’s in the logo signifies the close relationship and the partnership of the two founders.

While the logo is iconic and simple, it is the mascot of Rolls-Royce, the Spirit of Ecstasy, that gets people to turn their heads and marvel at its sophistication and beauty. Believe it or not, the Spirit of Ecstasy was not born at the same time as the brand. The beautiful and elegant statute first appeared on a Rolls-Royce is a one-of-a-kind piece of art that a British nobleman commissioned to remember his tragic love story, and it was named “The Whisperer”.

Rolls-Royce’s simple logo, accompanied by the Spirit of Ecstasy, is the ultimate symbol of class and elegance

In the 1910s, a lot of wealthy car owners put their own personal mascots on cars, and Rolls-Royce was concerned that some mascots were not appropriate enough to adorn its vehicles. Therefore, the company hired an artist to create a mascot, and coincidentally, that artist was the man who created “The Whisperer”. It was not until the 1920s that the Spirit of Ecstasy became a standard hood decoration on Rolls-Royce car.

After many alterations and different versions, the Spirit of Ecstasy we see and love today is described as “who has selected road travel as her supreme delight” and as someone who “is expressing her keen enjoyment, with her arms outstretched and her sight fixed upon the distance”. That description encompasses the overall image and mission of Rolls-Royce as a luxury automobile maker.