With SUVs and crossovers being lapped up by the Indian Consumer and hungry for more, Automakers are developing all-new models to keep up with the demand. Below is an updated list of new upcoming SUVs in India 2022.

Despite 2020 being a slump year for the auto industry due to the pandemic and the ensuing lockdown, the SUV and crossover market has seen unprecedented growth in the past decade. To meet this demand, automakers have been reading a wide range of new SUVs for the Indian market. All the upcoming SUVs will come with the latest features, frugal engines, and roomy interiors. We bring you a list of 20 upcoming SUVs in India by 2022. The Renault Kiger will use the same CMF-A modular platform as the Kiger and will share the powertrain options with its Japanese sibling as well. The new model will use the interior from the Triber MPV and will come with features like a factory-fitted sunroof, touchscreen infotainment system, around view monitor, automatic AC, etc.

It is expected to launch around the first quarter of 2021 and will be priced around Rs 6 lakh – 8 lakh, rivalling the likes of the Tata Nexon and the Kia Sonet.

The Gravitas is basically the larger 7-seater version of the Tata Harrier. It will be paired with the same 2.0-litre diesel as the Harrier which makes 168 PS/ 350 Nm of peak power and torque and can be paired with either a 6-speed manual or a 6-speed torque converter auto.

The Tata Gravitas is expected to launch around the first quarter of 2021, with prices expected to be ranging between Rs 14 lakh – 23 lakh, and will compete with the Mahindra XUV 500 and MG Hector Plus.

Tata Motors will introduce the production version of the HBX concept in the second quarter of 2021. The new model is based on the brand’s new ALFA modular platform that also underpins the Altroz hatchback. It will be powered by a 1.2L petrol engine producing 86bhp and 113Nm of torque. Transmission options will include a 5-speed manual and an AMT unit.

The Tata HBX is slated to launch around April-May of 2021, with prices ranging between Rs 4.5 lakh – 6 lakh. The Maruti Ignis and the Mahindra KUV 100 NXT will be its rivals. MG Motors is expected to launch the petrol version of the ZS mid-size SUV in India around early 2021. The new model will be equipped with several segment-leading features like a large 10.1-inch touchscreen, automatic AC, cruise control, sunroof, etc. The international-spec MG ZS is available with two engine options, a 1.5-litre N/A petrol which makes 118 PS, and a 1.3-litre turbo-petrol which makes 160 PS.

Prices for the MG ZS will start from around Rs 9 lakh going up to Rs 14 lakh, in a segment where it will compete with the Hyundai Creta and the Kia Seltos. Hyundai’s AX should be priced around Rs 4 lakh – 6 lakh and will compete against the likes of the Maruti S-Presso and the upcoming Tata HBX. It should launch in late 2021.

German automaker Volkswagen is slated to launch the production-ready Taigun mid-size SUV which will be based on the locally developed MQB A0 IN platform. It will be offered with two engine options – a 1-litre petrol making 110 PS or a 148 PS 1.5-litre turbo-petrol option.

The Volkswagen Taigun will be launched around mid-2021 and should be priced around Rs 10 lakh – 16 lakh, rivalling the likes of the Hyundai Creta and the Kia Seltos. 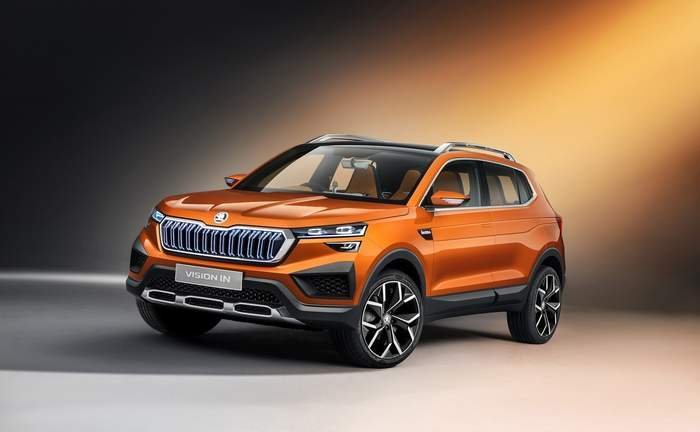 The Skoda Vision IN concept is also based on the same locally produced MQB A0 IN as the Taigun. It will also share the same powertrain options as its German sibling.

The Vision IN will be launched in early 2021, priced around Rs 10 lakh – 16 lakh, rivalling the likes of the Kia Seltos and Hyundai Creta. The all-new Mahindra XUV 500 will be based on a new front-wheel-drive monocoque platform and will receive advanced safety features like Autonomous Emergency Braking (AEB), Adaptive Cruise Control (ACC), Front Collision Warning (FCW), Lane Departure Warning (LDW), and Park Assist. It will be powered by either a 2.2-litre turbo-diesel or a 2-litre turbo-petrol.

The new Mahindra XUV 500 should be launched early next year and should be priced at the Rs 12 lakh – 18 lakh range, where it will compete with the likes of the Tata Gravitas and the MG Hector Plus. The next-generation Mahindra Scorpio will be based on a modified version of the ZEN3 platform that also underpins the new Thar. It will be bigger in dimensions and will receive a forward-facing third row of seats. It will share powertrains with the new XUV 500 but will be in detuned form.

Mahindra’s new Scorpio will be launched in mid-2021 and is expected to be priced between Rs 10 lakh and 16 lakh, competing with the MG Hector and Tata Harrier. The new Mahindra XUV 400 will be launched sometime in 2022 and will be priced around Rs 9 lakh -15 lakh, a segment which has the Hyundai Creta and the Kia Seltos as rivals. 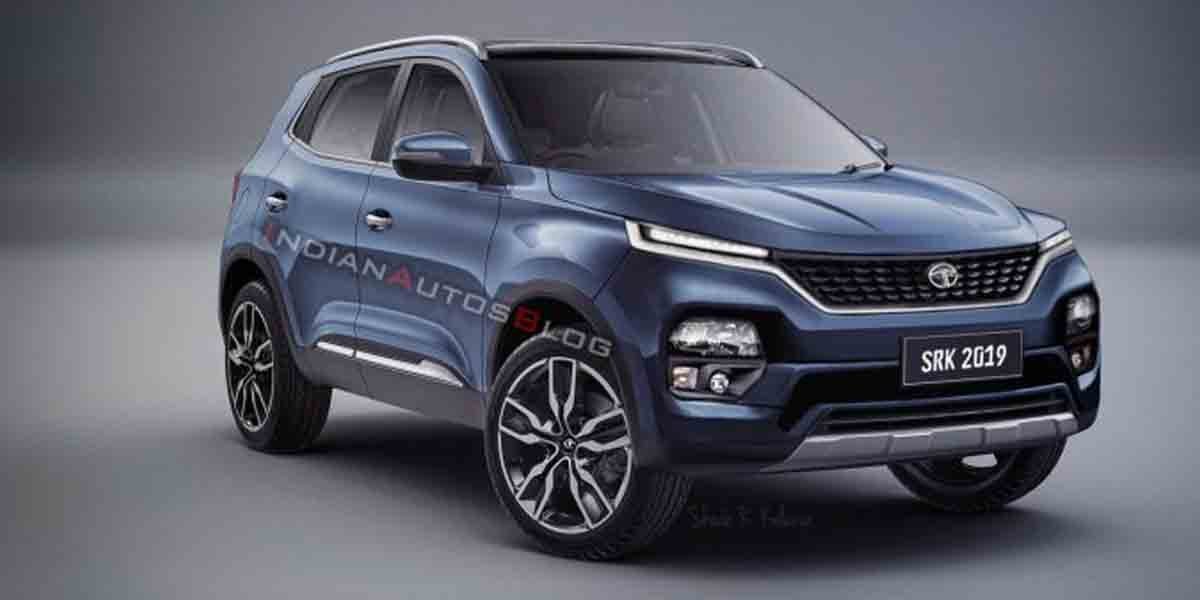 Tata is working on an all-new mid-size SUV, codenamed the Blackbird. Details are sparse, but it is likely to be based on the Chery Tiggo 5X or could use the ALFA platform as well for this SUV. Both the petrol and diesel versions will be offered.

The tentative launch date of the Tata Blackbird is 2020 and is expected to be priced between Rs 10 lakh - 16 lakh, competing with the upcoming Mahindra XUV 400 along with the Hyundai Creta. Not one to be left behind, Maruti is also developing an all-new mid-size SUV for the Indian market. It will be underpinned by the new Toyota DNGA platform which is also used by the Raize and Daihatsu Rocky.

Similar to the Tata and the Mahindra, it is expected to launch around 2022 with pricing to be around Rs 10 lakh – 16 lakh and will compete with both the Blackbird and the XUV 400. 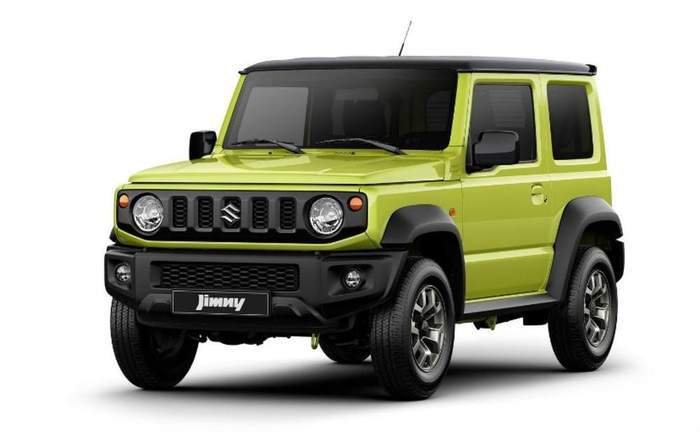 Maruti is also readying the Jimny SUV for the Indian market and it's already on sale abroad. It will be a bigger 5-seater version and will be launched around late 2022. It will be powered by a 1.5-litre petrol engine which makes 103 PS/138 Nm of peak power and torque figures.

The Maruti Jimny will be priced around Rs 10 lakh and will compete with the Mahindra Thar. Ford is readying an all-new C-segment SUV as well and will be based on the new Mahindra XUV 500. It will have a different design and interiors.

It is expected to launch around 2021-2022 and will be priced in the range of Rs 13 lakh – 18 lakh, rivalling the likes of the Tata Harrier and the MG Hector. Honda is developing an all-new sub-4 metre SUV, whose global debut will be around May 2021. It is likely to be based on the Amaze platform and is expected to share powertrains with the new City which consists of a 1.5-litre petrol and a 1.5-litre diesel.

New Honda Compact SUV To Be Revealed Next Year The Citroen C5 Aircross SUV will come via the CKD route and will be assembled locally to keep costs down. It will likely be paired with a 2-litre petrol engine making 180 PS which is mated to an 8-speed torque converter auto.

Launching around early 2021, it will rival the Honda CR-V and the Hyundai Tucson and will be priced accordingly around Rs 28 lakh. Codenamed the Citroen C21, this new sub-4 metre SUV will be based on the Groupe PSA CMP (EMP1) platform and will be the first locally developed  Groupe PSA offering in India. It is expected to be offered with a single 1.2-litre turbo-petrol engine making around 130 PS and can be paired with both manual and automatic gearbox options.

It is slated to launch towards the end of next year and will be priced around Rs 7 lakh – 10 lakh, where it rivals the Tata Nexon and the Kia Sonet. American automaker Jeep is developing an all-new 7-seater SUV codenamed low-D and will be based on the Compass’ Small-Wide 4x4 platform. The new model will come with a 1.3-litre Turbo Flex engine which should produce close to 180 PS. There will be 2-litre diesel as well which makes 173 PS/350 Nm of peak power and torque.

Launching around late 2021, it will compete with the Ford Endeavour, so it should be similarly priced in the Rs 25 lakh – 32 Lakh range. Maruti will launch the next-generation Vitara Brezza in early 2022 and the new model is rumoured to be based on an evolved version of the existing platform, or they could use Toyota’s DNGA platform as well. It will likely be coming with a new 1.2-litre turbo-petrol engine.

Pricing should be around Rs 7.5 lakh – 11 lakh, which would see it competing with the Hyundai Venue and the Kia Sonet.

That concludes our list of the 20 upcoming SUVs in India by 2022. Read more interesting car stories from IndianAuto.