Looking to buy a used Maruti WagonR? Here're some tips you should know when considering buying a pre-owned WagonR in India.

Apart from a few exceptions, all Maruti Suzuki hatchbacks have clocked a good sales figure in the Indian auto space. The Maruti WagonR is quite an example. After the legendary Maruti 800 and the humble Maruti Alto which managed to reach the 2 million unit sales benchmark, the WagonR was the latest one jumping onto this bandwagon. Regardless of some criticism about its excessively boxy silhouette, the Maruti WagonR still calls for good market demand and registers voluminous sales every month. Yes, India is essentially a price-sensitive market. Other than that, the Indian customers seem to have a keen nose for a spacious and comfortable cabin that is exactly what the market-leading company has capitalized on with the WagonR, especially in its all-new avatar. Over 20 years of presence, the WagonR witnesses three generations and a couple of facelifts. Evidently, it comes as no surprise that a lot of WagonR models have become crowd-pullers in the used car markets as well. So today, IndianAuto gives you everything you should keep in mind if you are setting out to buy a used Maruti WagonR. 20 years, 3 generations, 7 models and one nation – that’s what we get to say a mouthful about Maruti Suzuki’s tall boy hatchback. Throughout this period, the Maruti WagonR has been warmly welcomed by the Indian small families and maintained a good spot in the top 10 best-sellers of the hatchback segment month to month. Here’s the brief story about the transformation of the Maruti WagonR over its 2 decades of presence.

The WagonR first came to us in late 1999 as the company’s direct answer to the Hyundai Santro. Carrying plenty of space on the inside and an ability to ferry up to 7 taller people comfortably, the WagonR successfully carved a niche for itself in the domestic game. Its 67 PS 1.0-litre engine could deliver a fuel mileage of 12.9 kmpl. These figures seem a bit plain for today’s date but they really helped to cause quite a stir amongst the auto enthusiasts back then. A mild facelift was made on the WagonR in 2003, giving the car more chrome inserts on the grille, clear-lens taillights and body-coloured bumpers. Those features were, again, big things in India during its time.

Also Read - Here's Why No Maruti Models Come With Sunroof

Seven years after the first-gen WagonR rolled out, a major facelift of this model was introduced to the Indian consumers in 2006. The biggest highlight on the new WagonR should be the DUO variant which brought in the LPG fuel option into the model’s range. On the other hand, the 2006 WagonR also sported a refresh styling design with a new front end, adding to the premium and sporty appeal of the vehicle. It saw the infusion of updated sweptback headlamps, horizontally-slatted front grille with heavier chrome accents. 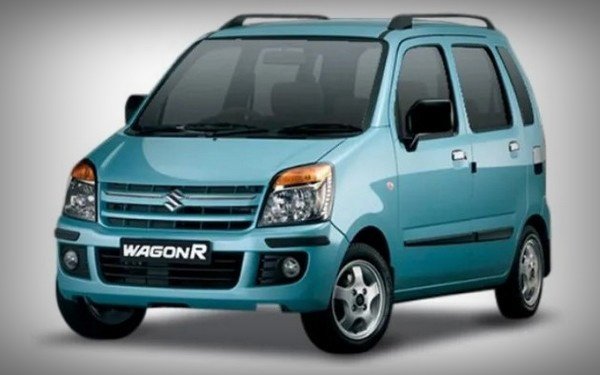 The second-gen WagonR was launched back in April 2010 with a whole new platform and new mechanical package. Despite retaining its “tall boy” DNA from the previous models, the 2010 WagonR was completely revamped for a more upmarket look. The increased length and wheelbase of the WagonR also gave it an advantage over its rivals like the Hyundai i10. Along with the refreshed styling design, the second-gen WagonR also received a major update in the interior. The second model got a new 1.0-litre K10B engine along with an option of CNG in the model lineup. It churned out 58 PS of power for the CNG variant and 62 PS of power for the LGP version.

The first facelift to the second-generation WagonR was launched in early 2013, bringing a slew of cosmetic updates. A narrower grille, tweaked bumpers and new fog lamps surrounds were to name some biggest changes on the outside of the model. Maruti Suzuki said that these changes had been made not only for the aesthetical purpose but also to reduce the wind noise level at high speeds. 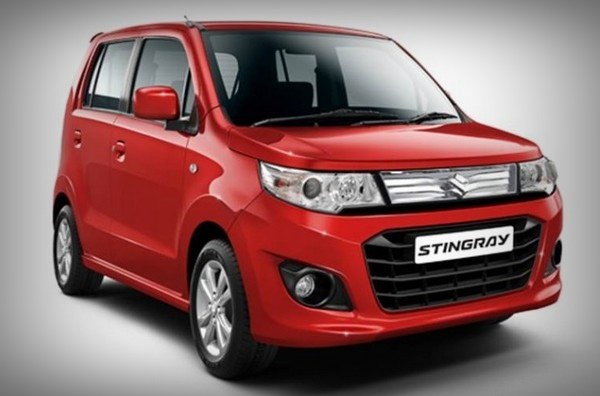 The Maruti WagonR Stingray was introduced later in August 2013, marking the introduction of the boldest looking car to the Indian market. The Stingray was packed with an array of premium features, some of which are not even available on the current-gen WagonR. On January 27, 2017, the Stingray was rebadged as the WagonR VXi+ variant.

The 2019 Maruti WagonR was launched in January 2019, in the form of an all-new platform, new engine and a batch of new features. Larger space, more comfort and higher safety are offered in the new WagonR as well.

Buying used Maruti WagonR – Who is the used WagonR targeted at?

Throughout the years, the WagonR remains an instant hit amongst the used car buyers in the Indian market for good reasons. So who is the used car targeted at? For instance, if a new Honda Accord would be designed to attract the executives who aspire to buy a nice luxury car, the used Accord would appeal to younger buyers who desire for a luxury sedan with Japanese reliability but have a tighter budget. The WagonR also carries the same impetus. 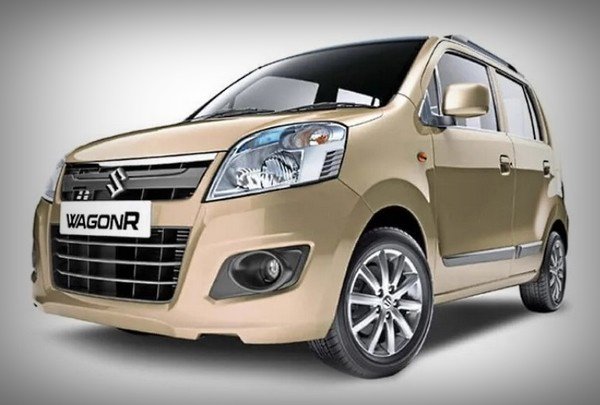 For those who are looking for a roomy and easy-to-drive hatchback, one that offers good fuel efficiency, the WagonR seems a very good deal. In fact, most of the WagonR buyers are the first time users, who have learnt the theory of driving but sans the hands-on experience on the roads. The WagonR also attracts a large chunk of female buyers, who really appreciate the easy drive with excellent visibility and unrivalled practicality it has to offer. Also, the WagonR also stands at the preference list of small family users who need an independent set of wheels with a spacious cabin, good engines and cheap running costs for their daily drives.

A second-hand WagonR will score high when it comes to the ample space on the inside, especially the terrific headroom it has on offer. The WagonR is also known for peppy engines with the excellent driving approach. The steering is light while the visibility is brilliant, making it quite an enticing option for urban use.

The CNG kit of the WagonR is also of great use for those wanting a car with low running expenses. To be honest, the Maruti WagonR is apparently affordable to maintain in the long term. The AMT/ AGS options launched in November 2015 has further enhanced the driving experience in the WagonR to a whole new story.

Although the WagonR is quite an all-rounder, it does have several shortcomings really. To speak more specifically, the first and second-gen models get an average ride quality while their suspensions need to be checked every few months. The brakes are fair enough but they do not show enough confidence at higher speeds. The build quality of the WagonR is inferior to that of the current-gen Hyundai Santro and the same goes for the gear shift. Over and above, the NVH levels are also not a match for other rivals like the Santro or Tiago. Considering the decent sales volume of the WagonR in India, the used car market is available with thousands of WagonR models. Enthusiasts can also find the first-gen models for sale in around, but these cars must have the age of over 15 years now. Given the regulation on banning all diesel cars older than 10 years, you’d better ignore these vehicles. The second-gen WagonR launched from 2010 to 2019 are easy to find as well. However, one should stay away from the highly run CNG models since their engines must be hit badly in the long run.

The latest-gen WagonR seems more difficult to find in the Indian pre-owned car markets as it was already introduced almost 9 months back. Of course, if any, these cars will never come as cheap as the older versions.

Ideal used Maruti WagonR You Can Opt For

For those looking for an easy and fun-to-drive tall boy hatchback, the AGS-equipped WagonR is a good deal. As said earlier, the 2019 WagonR might be expensive, so opt for the 2016 model which has covered about 30,000 to 40,000 kilometres on the odometer.

If you do not want to dig deep into your pocket, go for the earlier models that were sold from 2010 to 2011. These cars might look a tad old and are not as well-maintained as the third-gen models, but will fit your purpose well.

To recap, the current-gen WagonR on sale in the used car market will cost around Rs 4 -5 Lakh.

On the other hand, you can search for thousands of used Maruti WagonR for sale at a throwaway price in different cities:

As you might know, car components would be worn out with time and it’s hard and rather expensive to rectify them. Therefore, doing a comprehensive walk-around inspection is very important whenever making a purchase. Obviously, looking through the exterior of the model is also a matter of importance. However, there’re some parts that you should examine carefully. The old WagonR turns out to be notorious with some electrical issue. At times, the electric systems in the vehicle might be dysfunctional, such as the music system refuses to play, the lighting system loses its intensity or the horn suddenly stops honking, etc. Hence, you should note to check the operation of all electrical components before you buy a used WagonR. It’d be better to take the car to a mechanic who should be able to find the complicated issues with the battery or the alternator system. Steering rattle also deserves to be focused on. The main reason behind it is due to the excessively jerky suspension. It is rather a very irritating and intrusive issue observed by many WagonR owners. Even if you are moving on a smooth area, the car makes it feel like you are going on an uneven surface or rough roads. Therefore, lay an eye on this part to avoid emptying your wallet for the replacement. Maruti Suzuki has put many efforts on the suspension components to make it deal with the rough surfaces which are very common in India. The suspension parts are superb at their duty though, they tend to wear out after 5-6 years of use. Especially when the car is at low speeds, the suspension harshness is more apparent. Hence, you should be sure to check the suspension setup of the car thoroughly and test drive the model before you come to the final decision.