Here are the latest updates on Tata's upcoming new vehicles, ranging from the entry-level Maruti Alto-rival to the upcoming Tata Altroz, and all the SUVs in-between..

Tata Motors is all set to storm the Indian market with a surge of new vehicles in the times to come. Recently, the Indian carmaker launched a new SUV called the Tata Harrier and following this, Tata unveiled its new Tata Altroz hatchback, based on the 45x concept. Let's take a look at what the company will be launching in the Indian market in the near future:

In its concept version, Tata Hornbill was among the models that Tata brought to the Geneva Motor Show last year. In the production form, the Tata Hornbill is anticipated to be showcased at the upcoming 2020 Auto Expo with its launched lined up in the subsequent months. When launched, the model will rival other SUV/crossover hybrids in our market like the Maruti Ignis and Mahindra KUV100. Looking at Tata’s pricing strategy with its new launches, the upcoming crossover is expected to be very affordable, possibly becoming the most affordable model in its class. At the Geneva Motor Show, the H2X concept was revealed by Pratap Bose, the Head of Design at Tata. He also revealed that the production version of the H2X will keep 80 per cent of the concept design. We could also safely assume that the production version of the car, Tata Hornbill will retain the high stance and muscular architecture shown on the concept. It is more likely to sit under the sub-4m SUV segment to even cater to the demands of buyers who are in the market for a premium hatchback.

In all likeliness, the Tata Hornbill will be powered by a 1.2-litre petrol engine used on the Tata Tiago. Undoubtedly, this unit will be BSVI-compliant to adhere to the strict emission norms which will be mandated by April 2020. Underpinned by Tata's ALFA platform and the company's IMPACT 2.0 design philosophy, the Hornbill SUV will be available with both manual and automatic gearbox options.

After the launch of Tata Harrier, Tata Motors announced that they were working on developing a larger version of this SUV with seven seats. Christened the Buzzard, the concept of the seven-seater Harrier was introduced at the Geneva Motor Show. However, when launched in India, the upcoming Tata Harrier 7-seater will be officially dubbed "Tata Gravitas". The Tata Gravitas will take various cues from the Harrier sibling. For instance, it continues to use the Omega Arc platform which also underpins the Harrier. It will also share the same 2.0-litre Kryotec engine sourced from FCA. However, to compensate for the larger dimension, the engine will be tuned to deliver higher states of tune. In terms of the appearance, the upcoming 7 seater car will not diverge far from the original design of the Harrier.

One distinctive feature that will tell the Gravitas apart from the Harrier is its bulkier build. The seven-seat SUV is 63 mm longer than the Harrier, which should also translate into a larger cabin and more space for the passengers onboard.

The Tata Altroz is one of the most highly-anticipated upcoming Tata cars in India in recent times. The car was born from the 45X concept which premiered back in 2018 at the Auto Expo. Recently, Tata took covers off the Altroz in its production form to the press and public and manages to create quite a hype around the new car. The stylish hatchback will lock horns with the segment-leading Maruti Baleno, along with the Hyundai Elite i20 and Honda Jazz when it's launched. 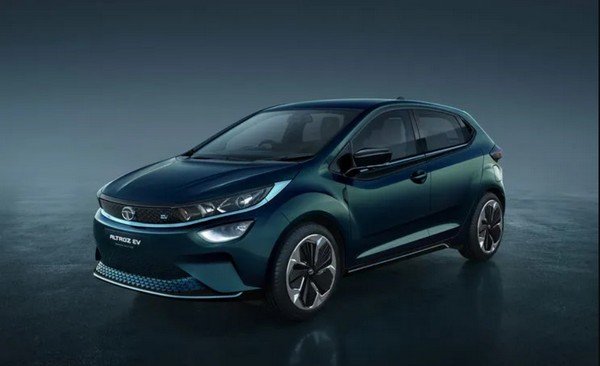 The all-new Tata Altroz will be the first Tata's model to be based on the ALFA platform. The upcoming hatchback car gets a choice of two engine options under the hood. The first engine option for the Tata Altroz will be a 1.2-litre 3-cyl naturally aspirated petrol engine and the second is the detuned version of the 1.5-litre four-cylinder turbo-diesel motor which also does duty on the Tata Nexon. There're talks of the 1.2-litre turbo-petrol mill under Altroz's bonnet, but information of this model is yet to be confirmed.

There will be a choice of two engine options as well - a 5-speed manual gearbox and an AMT. What’s more, Tata Motors also holds an EV card under its sleeve. Also revealed at the recently concluded Geneva Motor Show, the electric version of the new Altroz is expected to launch by 2020.

The domestic-grown car giant is all set to take the country's EV game ahead with its electric version of the Tata Altroz. The Tata Altroz EV, which had its global debut at the Geneva Motor Show in early 2019, is in the pipeline to come in the Indian market. We expect the electric hatchback to be unveiled at the upcoming Auto Expo 2020. The Tata Altroz EV will make use of the Ziptron EV powertrain system - a part of the company's 'consistent strive for commonality' to introduce affordable emission-free vehicles in the domestic space. The powertrain features a permanent magnet AC motor that drives the power from IP67-rated water and dust-proof battery pack. The auto company claims that the Altroz EV is capable of doing the real-world driving range of 300 kilometres per a single charge.

Like the standard Altroz model, the upcoming Tata Altroz EV will flaunt the ALFA architecture. The rear end of the electric car looks similar to that of the regular Altroz with LED tail lamps in a split form that is connected to each other by blacked-out plastic trim. However, the front and side profiles of the car are expected to carry some tweaks with a set of different dual-tone alloy wheels to set it apart from the IC-engined sibling.

With its recent slew of launches, Tata Motors now has two models slotted in the SUV segment – the Tata Harrier and Tata Nexon. However, Tata Motors isn't done yet and will continue to expand its SUV range with another model which is in the works. Codenamed Blackbird, the new SUV will be one of the upcoming Tata cars in India. Positioned above the Nexon and below the Harrier in the model hierarchy, the Tata Blackbird, along with other upcoming Tata cars in India, will be based on the company's new modern ALFA platform. This will also make it the first car from Tata that is longer than four meters, yet uses the relatively budget-friendly platform. 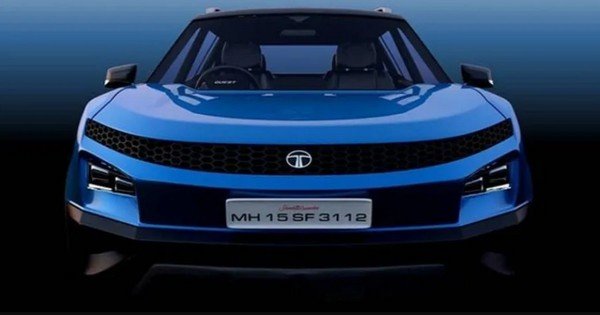 Under the hood, the Blackbird is also likely to receive the same engines from the Nexon - a 1.2-litre turbocharged petrol engine and 1.5-litre diesel engine. Instead of a hybrid powertrain, the Blackbird will get an EV version and when launched, will take on the Maruti S-Cross and Nissan Kicks.

At the moment the Tata Tiago is the smallest and most affordable model that Tata has in its model line-up, with a starting price of INR 4.27 lakh. However, Tata is working on a smaller car than the Tiago, likely to be called either the Pixel or the Pelican. If launched, this model will compete against Maruti Alto and Renault Kwid. The head of Tata Motors, Guenter Butschek has high hopes for this segment, looking at how the entry-level segment has a considerable share in the market. He also mentions that it would be a big miss for Tata to not tap into this particular high-potential segment.

It is speculated that Tata will continue to utilize the Alfa Arc platform for the new entry-level model, which will also be employed by a variety of small cars in Tata’s range such as Altroz, Tiago and Tigor.

The Tata Tiago is the most affordable car in Tata’s range for now and the company is planning to launch a new facelifted version within months. The update includes both exterior and interior changes. On the outside, the Tiago will get a refreshed front fascia with a revised grille, new bumper and the new swept-back headlights. It might also share some design cues with the upcoming Altroz. 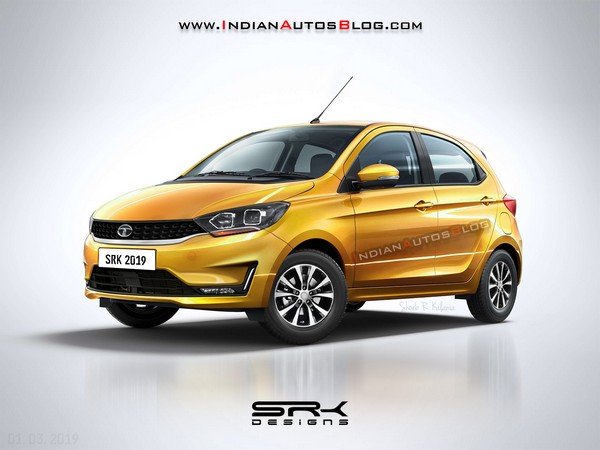 Notably, on the upcoming version, Tata Tiago will no longer be available with a diesel engine. Reportedly, the Tiago will only come with the BSVI-compliant 1.2-litre three-cylinder Revotron petrol engine that will produce a peak power output of 83 bhp and maximum torque of 114Nm. This engine will be mated to either a 5-speed manual or an AMT gearbox.

Earlier this year, reports suggested that Tata Motors is mulling over the feasible launch of the automatic variant and the 4WD version of Tata Harrier despite the low demand for 4WD in the SUV segment. While the carmaker remains tight-lipped about whether or not to launch the AWD Harrier, the automatic Harrier has been spotted on test a couple of months back.

As promised, Tata Motors will soon be launching an automatic version of the Harrier which will get a 6-speed torque converter sourced from Hyundai. As part of the upcoming Tata cars of India, the Harrier automatic is said to be offered in the top-spec XT and XZ variants. It will be powered by a BSVI-ready 2.0-litre Kryotec diesel engine which is reportedly tuned to produce 170 BHB of max power and 350 Nm of torque. In the BSIV era, this motor is capable of generating 138 BHP and 350 Nm of torque. The feature list of the automatic Harrier is said to be unchanged so it will more likely to carry forward the multi-terrain response system for the ESP along with the drive-mode selector. Aside from the automatic version, the all-black version of the Tata Harrier has been launched already.

Another model from Tata that will also receive a facelift soon is the Tata Nexon. The baby SUV now holds an important status in Tata’s range after becoming the model from the company to receive a 5-star safety rating in the NCAP crash test in the sub-four-meter compact segment. While the Tata Nexon has picked up in sales, competition in this space is escalating as well. Due to the entry of the new models such as Mahindra XUV300 or the upcoming Hyundai Venue, it is important for Tata Nexon to renovate itself to keep up with the pace. 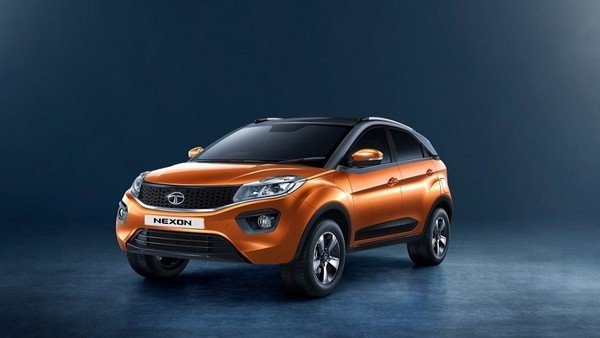 The facelifted Nexon will receive new alloy wheels. Inside, the Nexon will come with new colour schemes and better material quality. Expect to see the Nexon loaded with more premium and attractive features. Under the hood, the Nexon will continue to make use of the same pair of 1.2-litre turbocharged Revotron petrol and 1.5-litre Revotorq diesel engines. While power will remain the same for these units, changes will be made in order to meet the upcoming emission standard. 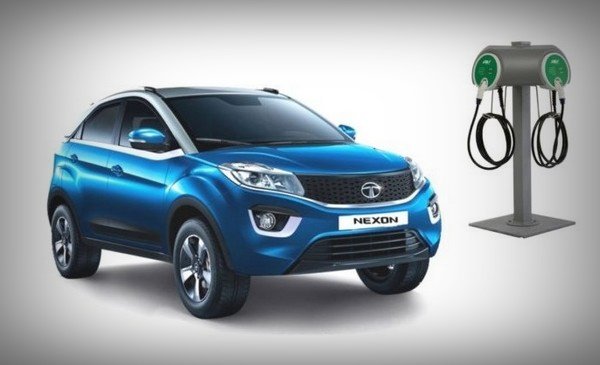 The new Tata Nexon EV will be featured with a PMAC (permanent magnet AC) motor along with intelligent regenerative braking that gets the power from the battery on the go. The electric Nexon will be the third pure-electric car in the company's product lineup, after the pure-electric Tiago and Tigor. There were some rumours about the arrival of the Tata EVision electric car in September 2019 but there's no official announcement from the company about the launch until date.