India is a country full of varying terrain and landscapes. To explore it all from north to south and east to west, you need a 4X4. Which one? We have compiled at list for you with all the best off-road cars in Indian available right now.

Cars are not always meant to be driven on the road. Driving them off the road on beaten paths, on some unexplored trails, in loose sand, over a dried-up river bed can also be done. And, it’s more fun than driving them on the well-paved tarmac sometimes. However, not every car is built to do this; a special class of vehicles called 'SUVs' with proper off-road equipment can do this. These cars come with 4-wheel drive layouts and are often referred to as 4X4s. So, if you feel like having 16 times more than what you had in a regular 2-wheel drive car, on your last drive, getting home a 4X4 is a no-nonsense choice. But with so many options in the market, fixing over one can be a daunting task. To ease it out for you, we have curated a list of best off-road cars in India currently on sale.

Also Read - When Driving On The Beach: 9 Things To Keep In Mind. | How To Make Your Own SUV Camper. 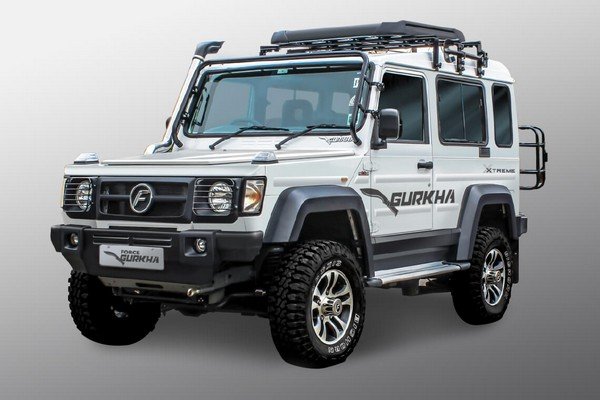 The very first car on our list of best 4x4 SUVs in India is the Force Gurkha. If by any chance, you’ve heard about the Gurkha name then you already know why it holds the top-most position here. However, the sequence of the cars on the list does not rate them, but this car deserved a special place. Why? Because it is largely based on the older Mercedes-Benz G-Wagen derived chassis and other 4X4 hardware such as 3 differential lockers to lock the front, rear, and centre differentials. The Gurkha also gets rigid axles at both ends and comes with a lift kit as standard from the factory. The list doesn’t stop here, it comes with a 2.2L Mercedes sourced engine and a 5-speed gearbox with transfer case, which also performs the duties as a mechanical crawl control systems. So if you plan on taking up the road less travelled or make your own roads, then Gurkha is an SUV you need. Prices for the Force Gurkha start at Rs. 9.99 Lakhs. In the second spot of our list of best off-road cars in India is the Mahindra Thar. A car that was capable enough to take on a direct competition against the much potent Gurkha. With Mahindra badge on its side, hood, steering wheel, and every possible place, the Thar could attract a lot more buyer for itself than the mighty Gurkha. For now, Mahindra has stopped the production of Thar and will be launching a new one in the year 2020 after showcasing it at the Auto Expo 2020. The discontinued Thar was a workhorse, as it came equipped with a 2.5L 4-cylinder diesel engine mated to 5-speed manual transmission that also has a low-range transfer case. Thar also has a mechanically locking rear differential, which could lock and unlock on its own according to the condition. While the new Thar is expected to come with a downsized 2.0L diesel mill with increased power output and 2 locking differentials with a lot more electronics to aid the off-roading abilities of the car. Once launched the prices for the Thar will start around Rs. 10 Lakhs. Mahindra is known for manufacturing some of the most desirable SUVs in India. It is Mahindra’s Scorpio this time on our list of best off-road cars in India. The Scorpio is in the market since the early 2000s and has held its place well as the top-selling car in its segment. The reason it is here is the fact, that this Mahindra SUV has still retained the character of original SUVs in this modern era of crossovers. It gets a body on frame chassis and powering it is a 2.2 mHawk engine that produces 140PS of peak power and 320Nm of peak torque. And all of this is sent to the wheels with the help of a 6-speed manual gearbox that also has the assistance of a low-range transfer case. Thus, it can be driven with 4H, 4L or 2H drive layout, and with can be shifted on the fly into any of these modes. Although Mahindra is currently working over a newer generation of Scorpio that is expected to be launched in the latter half of 2020. The last Mahindra on our list of best 4x4 SUVs in India is the XUV500. It was first launched in the year 2011 as the first monocoque SUV from Mahindra and is by far the most premium offering from the manufacturer. This unibody SUV here doesn’t get a proper 4WD system, instead, gets an AWD system but a capable one. To endow the off-road trails with an AWD system, XUV uses electronic support from the systems like traction control, hill-hold assist, and hill-descent control. Someone who’s in the market to buy an SUV that feels and drives like a car with can take up some dirt and off-road, XUV500 comes up as one very decent and promising option. Isuzu V-Cross is a lifestyle pickup that lacks any competition in the Indian market currently. A lot of manufacturers tried to cash this space but failed. This Japanese pickup truck, however, came with all the bells n whistles to please the crowd. The V-Cross has recently received a facelift and now wears a fresher face in comparison to the older one. The facelifted V-Cross gets the power from a 2.5L diesel engine that churns out 134Hp and 320Nm to power all-four wheels with the help of a 5-speed transmission and low-range transfer case. Prices for the facelifted V-Cross start at Rs. 15.54 Lakhs. However, Isuzu has unveiled the new 2020 V-Cross, which would make its way to the shores here in India by the end of 2020. Once launched as Aria, then rechristened as Hexa, it is the most premium offering from the Indian manufacturer. With a Hydroformed X2 platform the Hexa is a proper body-on-frame SUV, that also gets a host of off-road equipment and space in our best off-road cars in India list. The Hexa with its 2.2L Varicor engine producing 140Ps and 400Nm of torque power all 4 wheels with an electronically controlled Borg-Warner AWD system. It also gets a rotary dial to shift between the different driving modes namely Auto, Comfort, Dynamic, and Rough road mode. It also gets features like traction control, electronic stability program, hill-hold control, hill-descent function, and more. To showcase this MPVish SUV’s metal Tata keeps performing SOUL events, which further strengthen the fact that this is a thoroughbred SUV with MPV pros on its side. So if you need an habile, humongous, and high-ceilinged 4X4 then Hexa can be a car for you. Completing the list of best 4x4 SUVs in India without any mention of the iconic and American brand which kick-started it all under the brand name Jeep, is not happening at all. The car that has joined the party here is the Jeep’s smallest offering in the country that is the Compass. Initially, Jeep offered Compass with a 4X4 layout in the Limited variant only. Now the manufacturer has launched the Trailhawk variant of the car, which comes with a 9-speed automatic transmission that also has a low-range crawling gear. It is powered with a 2.0L 4-cylinder diesel mill that generates 170PS and 350Nm as its maximum output. To put this power down on the trail in an efficient way it gets a locking centre differential. But it also comes with AT tyres, and electronic off-road modes with Sand, Snow, Mud, Rock, and Auto modes. Thus with proper off-road worthy hardware and electronics package, the Jeep Compass Trailhawk is a go-to car for someone looking for a small, docile, but capable crossover. Prices for the Jeep Compass Trailhawk start at Rs. 26.80 Lakhs, while the prices for Compass Limited starts at Rs. 19.73 Lakhs.

Toyota is a brand that is known for selling reliable SUVs, which can last a zombie apocalypse. One of those SUV is Toyota’s adept Fortuner. The Fortuner is towering over every other competitor in its segment since it was launched in the year 2009 for the first time. It is built on the very genes of the practised Hilux pickup truck. With a ladder frame under the skin, and a torquey 2.8L oil-burner that is capable of making 177Ps and 420Nm of output. It can be had with either a 6-speed manual or automatics transmission, and both the gearbox get a low-range transfer case with the 4X4 variant. That said, Fortuner is the most potent full-fledged SUV here and also the most expensive one. Its prices start from Rs. 29.84 Lakhs. Big, brawny, brute, bulky, and ballistic, these are some of the best words to describe the aura of a Ford Endeavour. With its humongous dimensions, Endeavour has an appreciable presence on the roads and our list of best off-road cars in India. The Ranger pickup based SUV is one dynamic SUV in comparison to the competition. It showcases its prowess by belting down a 200Ps of peak power and 470Nm of torque through a 6-speed transmission. It also gets an electronic terrain management system to make the best of that hefty torque in the off-roads. The Endeavour is a butch car in terms of its design and the hardware it gets, but it also gets a lot of segment-first features like the auto-park assist, panoramic sunroof, powered tailgate and the likes. But this SUV doesn’t come cheap since the 4X4 variant is priced at Rs. 33.7 Lakhs. 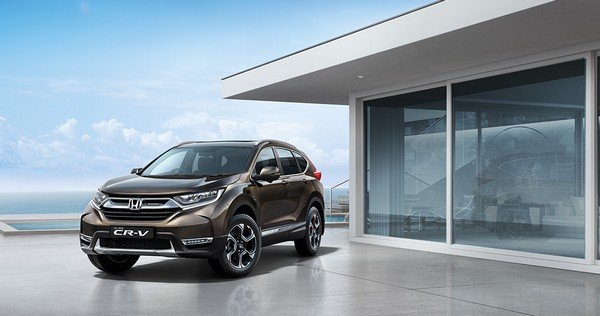 Honda CR-V is been in the country for the last 15 years and has a cult following for itself. It is basically a soft-roader but this is the only car 4X4 from the Japanese manufacturers. When it was initially launched, it had all the traditional SUV lines and design cues, which however has diluted with the times. The car now looks modern and also comes with a capable AWD system. But the AWD is only available with the 1.6L diesel engine that produces 120Ps of power and 300Nm of torque. The transmission duties are performed by a ZF-sourced 9-speed automatic box. With a price tag of Rs. 32.77 lakhs, it surely is an expensive buy but it has its own set of pros with 7-seats and Honda’s bulletproof reliability.

And with these models, we sum-up our list of best off-road cars in India, for more keep watching the space at IndianAuto.com.