Electric vehicles are coming with a shot in the arm in the Indian automobile market. Electric car buyers are more likely to receive a host of benefits thanks to the impetus of the Indian government on EVs segment. Here's the list of 10 upcoming electric vehicles that are set to enter Indian in times to come.

Since the Tata’s electric vehicle, the Tigor EV is only offered with the budget customers in India and the Mahindra e2o Plus has been discontinued due to the stringent safety norms, the domestic electric car buyers are currently not having many choices in the EVs space. The Mahindra eVerito and recently-launched Hyundai Kona Electric are just a few go-to options for the electric cars buyers to reflect on. However, things are expected to change quickly in the coming time.

With the Indian government’s push for the adoption and manufacturing of EVs, there’re a number of electric cars coming in the pipeline. So how many e-vehicles would be available here before this fiscal year finishes? Here we give you a list of upcoming electric cars to buy in India in the next few months.

For the sceptics who suppose that all-electric cars should be skimping on the features list, Audi has nailed it with its brand new E-Tron SUV and it has told us a different story. The company’s first all-electric model, Audi E-Tron has been displayed in India recently, all the ways to attract the buyers’ attention and raise its branding’s awareness and it bears fruit. The upcoming E-Tron employs two motor options capable of delivering the stellar all-wheel-drive capabilities and churning out a combined power output of 408 HP. Its 95 kWh battery has a claimed range of 400 km per a single charge and takes less than 30 minutes for the juicing up to 80 per cent by using a 150 kW DC fast charging system. The Audi E-Tron is likely to be priced at around Rs 1.5 crore (estimated, India).

Also Read - What Are The Challenges Of The Future India’s Electric Vehicles?

The convertible hybrid version of the BMW i8 named the i8 Roadster is set to make its entry in the Indian auto market by the year-end of 2019 at the price ranging around the Rs 2.8 Crore mark. Of course, models like the BMW i8 Roadster will never come cheap but let’s say, good money will always pay off. 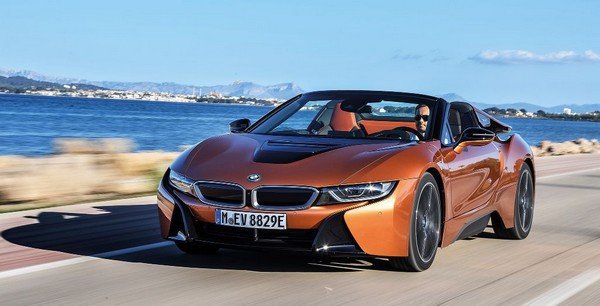 The BMW i8 Roadster first debuted in our country at the 2018 Auto Expo. The new hypercar will get a plug-in hybrid system claimed for an all-electric range of around 50 km. Aside from that, it also uses a 143 HP/ 250 Nm electric motor along with a 1.5-litre petrol mill pumping up to 231 HP of power and 320 Nm of torque.

>>> Also Read - What Is Amazing And What Is Not So Good About The Indian-Spec BMW i8 Roadster?

As part of Jaguar Land Rover’s electrification strategy in India, the company is all set to introduce the Jaguar I-Pace in the second half of 2020. That said, the I-Pace SUV will be the company’s first battery electric product from the brand in our country. 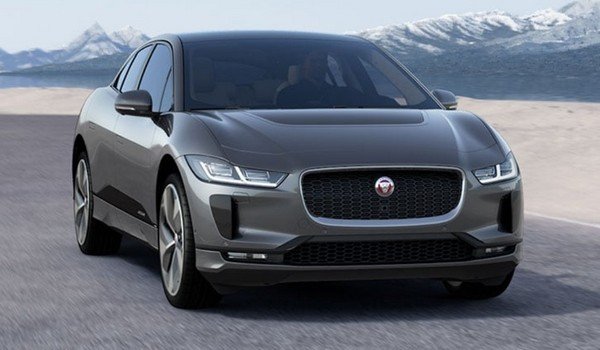 The I-Pace EV will be powered by two electric motors which completely give us a taste of performance. These motors are kitted out on each axle of the model to facilitate the all-wheel-drive system. Expect the Jaguar I-Pace to sit at around Rs 58.0 Lakh mark. 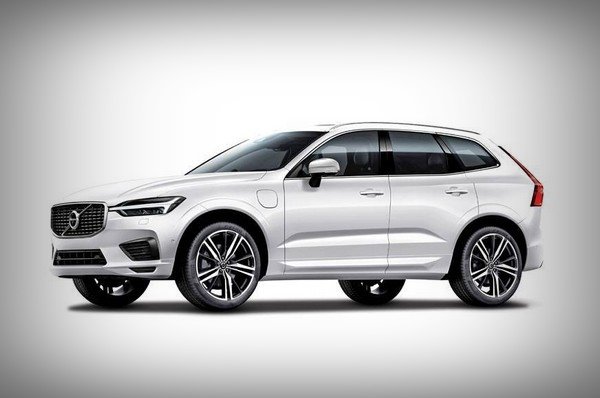 The Swedish luxury automobile maker is intending to expand its Indian plug-in hybrids lineup with the launch of the Volvo XC60 hybrid car. Just like the XC90 plug-in hybrid, the newcomer will offer a fully electric range of around 40 km. Along with the XC60 PHEV, Volvo is most likely to bring in two more PHEVs, namely the XC40 SUV and the S90 sedan models. All these cars will be put on sale in India sometime next year.

Morris Garages (MG Motor) has already started its operation in India by the launch of the flagship SUV MG Hector at an aggressive price range of Rs 12.18- 16.88 Lakh (ex-showroom, Delhi). Hard on the MG Hector’s heels will be the purely-electric eZS SUV, which is anticipated to enter India by late 2019.

The all-new MG eZS is slated to carry an electric motor that can make 148 HP of max power delivered to the front wheels, along with a 45 kWh battery pack. Thanks to the significant localization level, MG’s first electric car will be positioned at the price bracket of Rs 20-25 Lakh (estimated), quite a competitive price for a fully-electric vehicle.

The safest made-in-India car is all set to get an electric version in the first quarter of next year. The Tata Nexon EV will be the first product to come with Tata's Ziptron Technology. In a run up to the Nexon EV's launch advent, the home-grown manufacturer has kicked off its marketing campaign for the vehicle, from which the new electric compact SUV is driven from Manali to Leh with limited charging stations and toughest terrains. 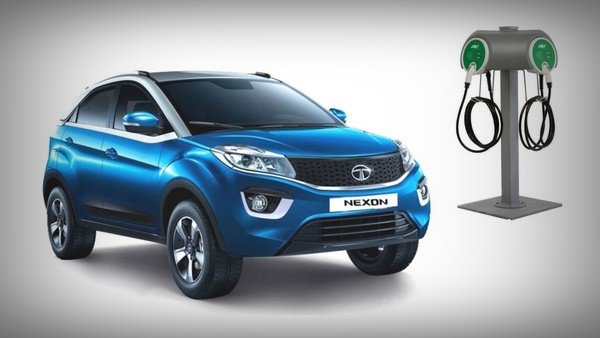 The Tata Nexon EV will come with a charging port that is placed behind the fuel lid, one that we've seen in the Tata Tigor EV. Besides, the electric SUV will also employ a semi-digital instrument cluster which is quite similar to that of the Tata Harrier as well. Powering the upcoming Nexon EV will be the lithium-ion cells featuring liquid-cooling system to keep the operating temperature of the car. The new electric car is expected to do a range of around 300 km on a single charge. 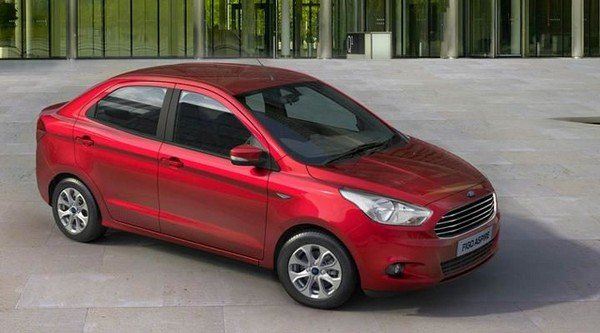 As you’ve already known, under the Ford-Mahindra tie-up, we are going to see an Aspire-based all-electric sedan rolled out in the Indian market sooner or later. The electric version of the Ford Aspire will run on an 82 HP powerplant alongside a 25 kWh battery unit, all combined to make a range of 150 km. Funnily enough, the Aspire EV will be built on the export model which sports the presence of a larger luggage bay.

Earlier this year, the all-electric version of Mahindra XUV300 was spotted testing wearing heavy camouflage on the Indian roads. Though Mahindra still keeps its mouth shut regarding the launch details of the electric compact SUV, it is highly likely that the car will come to us in 2021 and rival directly some similar models like Hyundai Kona EV. 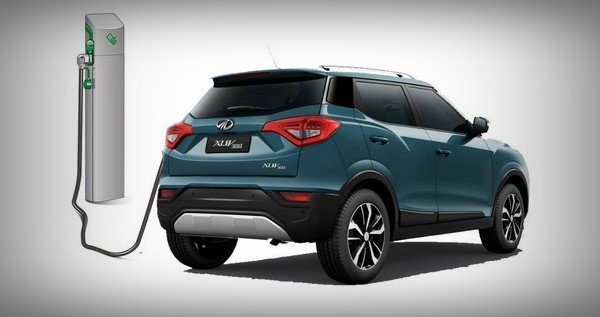 Reports say that the all-new XUV300 EV can cover a 300 km range thanks to the presence of a 130 HP electric motor with the support of a 40 kWh pattery pack. The car will be also available with DC fast-charging system. Since the Mahindra e2o has been ceased to exist, the Mahindra e-KUV100 is about to take up its space with the launch lined up for early 2020. With a 115.9 kWh battery and a 40 kW electric motor, the forthcoming Mahindra eKUV100 is claimed to do a range of up to 120 km. The numbers might not really impress us, but it promises to offer decent practicality and dynamics in the EV family. 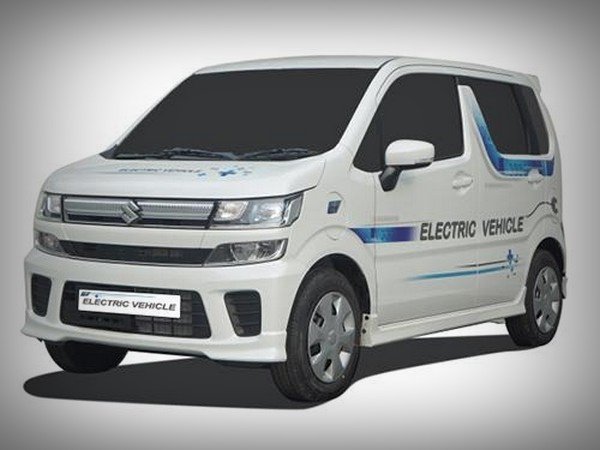 The Maruti WagonR EV has been spotted during its testing on the Indian roads with no branding for quite some time and its Indian launch is predicted to take place next year. Details of the Maruti Suzuki EV’s powertrains are still scarce at this point, but it is expected to cover the range of around 200 km. True to Maruti cars, the WagonR EV is foreseen to come with a fairly competitive price tag upon launch. The upcoming car will more likely to have its showcase in the production guise at the 2020 Auto Expo.

While the launch of the standard Tata Altroz is still a while away, Tata has dropped some hints at the introduction of the Tata Altroz EV for India. Tata showcased the Altroz EV in the form of a concept car at the 2019 Geneva Motor Show that has attracted a range of attention from the auto enthusiasts. The production version of the car is on its development and it is anticipated to hit the showrooms after the regular hatchback has already rolled out. Technical details of the all-electric version of the Tata Altroz is yet to be revealed but it is stated to have a claimed 250-300 km range with the fast charging capacity to 80 per cent in around 1 hour. 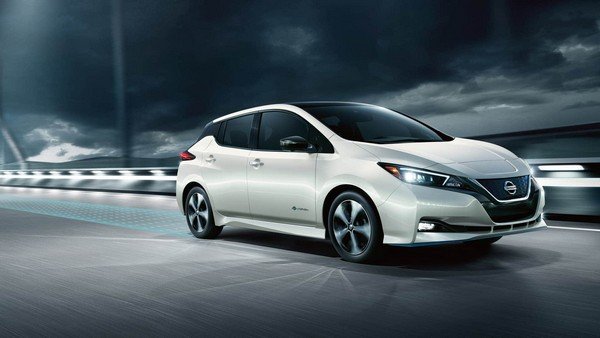 Just a couple of months ago, during the course of the Nissan Kicks launch, Nissan India confirmed its plan to introduce the world’s best-selling electric car- Nissan Leaf to the Indian car fans. The all-new Nissan Leaf will be available with a 40 kWh Lithium battery pack which is capable of producing 148 PS of power and 320 Nm of torque, giving the hatch a range of 400 km. The expected price tag of the Leaf is around Rs 40 Lakh mark.

Tesla Model Y Caught On Camera For The First Time Ever

Stay tuned and keep your self updated with more interesting car stories in India on our website- Indianauto.com!