Confused what all cars Tata Motors would be bringing to its pavilion at the 2020 Delhi Expo? Here's a list of all Tata cars at Auto Expo 2020 you should be seeing.

The Indian Auto Expo is right around the corner, as it will be happening during the early days of the year 2020. There would be a lot of manufacturers participating in the exercise to showcase their best efforts in the form of either production versions or concepts of their upcoming cars. Our very own indigenous manufacturer ‘Tata’ would also be there with a lot of interesting cars. Currently, the manufacturer is planning to bring an all-new set of cars in the Indian market to compete in the various segments. In this batch of new cars from Tata, there would be hatchbacks, SUVs, and a sedan. To let you folks know more about what exactly Tata is coming up with, at the expo floors, we have the list of all the upcoming Tata Cars at Auto Expo 2020 that you should go and check out in person. 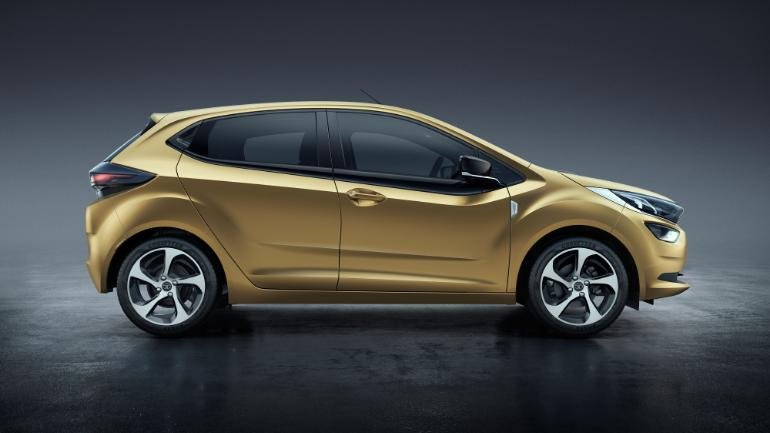 First, on our list of upcoming Tata cars at 2020 Auto Expo is the Tata Altroz hatchback. The premium hatchback was recently launched in the Indian market at a very lucrative price tag, and will soon be followed by an electric version of the same. The Altroz is designed on the lines of Impact design language 2.0 that was first seen on the larger Harrier. It gets a low-wide stance that gives it a sporty appeal. However, Tata will be showcasing three different iterations of the car, one of which runs on petrol, one on diesel, and the last one on cleaner-yet-meaner electricity.

The fossil-fuel-powered Altroz has already been launched in the Indian market, with a 1.2-litre petrol engine and a 1.5-litre diesel engine, both of which are BS6-compliant units. Talking about the electric Altroz, there’s not much known about the car yet, but the EV is expected to follow the suit of the recently-launched Nexon EV. The range is expected to be upwards of 270km, which is quite good for an affordable electric vehicle. The name ‘Blackbird’ has a long association with a bike in the world of automobiles, and Tata seems too excited about this upcoming concept and knows that it is going to carve a niche in the market. That could be a reason that they have named the concept as Blackbird for now. Anyways, even we are excited to see this concept in person and that’s why we have listed it here on the list of cars by Tata at auto expo 2020. The Blackbird would be based on the ALFA platform that underpins the Altroz. However, this crossover SUV will be designed on the lines of the infamous Harrier, with spilt-design for the headlamps, and high clam-shell bonnet.

Under the hood, Blackbird is expected to offer a 1.5L diesel unit from the Nexon, but with higher power output and a 1.6L petrol unit that Tata is speculated to be developing for its upcoming products. The best part is, since the car would be competing with the likes of Seltos and Creta, it will offer a 6-speed and an optional DCT sourced from the Altroz. The Blackbird is easily among the most important models in our list of upcoming Tata cars at Auto Expo 2020. Another SUV joining the list of upcoming cars by Tata at 2020 Auto Expo is the H2X. The H2X is the concept form of Tata’s micro-SUV that is expected to be positioned below the Nexon when launched. The production from of the H2X is christened as Hornbill and will take on the likes of Maruti Ignis, Mahindra KUV100, etc. It was showcased in the concept form at the Geneva motor show, at the auto expo it will be the first time that it will be showcased to masses here. In terms of design, the H2X concept follows a similar suite as the H5X concept that Harrier is based on. With high shoulder lines, pronounced wheel arches, and squarish lines all around, it looks SUV from all angles and every detail further helps it to do so. The sleek headlamps and tail lamps, and the beefy scuff plates at both the ends are so very Harrier, and thus it can be assumed that the production variant will look just like the concept. Since that’s what Tata did with the Harrier when it endowed the same clothes as the H5X concept that it was based on. Powering this micro-SUV would the power plants from the Tiago, which gets the option to choose from a 1.2L petrol and diesel engine. With an expected price between 5.5 to 8.5 lakh rupees, the Hornbill is expected to be launched during the end of 2020. The most successful small cars from Tata after the Indica are the Tiago and Tigor. The cars have been in the market for more than 3 years now without any major technical or cosmetical updates to them. And they are already due for one now. Folks at the Tata motors are well-versed with this fact and are working on the facelift of both the cars. The facelifted models have been spied a few times and expected to be debuted at the coming Auto Expo 2020. The facelifted models are speculated to follow the line of Impact design philosophy 2.0, which has been seen on the Altroz. However, these cars would not be changed much, they’ll have their own traditional lines and silhouette intact. The engines are also expected to be updated, in order to make them BS-6 compliant, as the emission norms are kicking in from the coming April 2020. Tata Harrier was launched in the year 2019 only and is a technological benchmark in its segment. This the latest car from Tata in the market. Yes! that invites a question, Why is it here on the list of upcoming cars by Tata at 2020 Auto Expo? Because Harrier will also be getting an updated feature list with the inaugural of the auto expo. It isn’t like that Harrier was launched as one bare-bone car. Instead, it was loaded with features to the brim, but Tata planned some essential flamboyant features for now, and here they are. Now it will get updated with 18-inch alloy wheels and panoramic sunroof in the form of a new top-end variant, named as XZ+.

With the update and the BS-6 emission norms coming in, Tata will also be updating its motor with BS-6 compliance and a full 30PS of power bump. The updated Harrier is expected to be launched after the auto expo with a very minimal price hike over the XT variant. The updated Harrier is among the most awaited models on our list of upcoming Tata Cars at Auto Expo 2020. Tata Gravitas is a 7-seater version of the already supreme Tata Harrier. With Land-Rover derived architecture and suspension, and FCA derived engine the car’s got all it takes to sound reliable and potent. It made its first public debut at the 2019 Geneva motor show and hasn’t been shown to masses here in India, which will be its primary market. And, that is the reason to have it as the part of our list of Tata cars at 2020 Auto Expo.

With similar styling as Harrier up till the B-pillar, the Gravitas looks much more daunting than its 5-seater sibling. Also helping it, do this job are the 18-inch alloy wheels. With stepped roof and chunky roof rails, the Gravitas gets an imposing silhouette and we expect it to be selling more than the 5-seater variant once launched. Since Indians love 7-seat and imposing cars. With its presence confirmed at the auto expo 2020, this would be the first time that Gravitas will be showcased to the public in its primary market.

Also Read - Best Cars for Women in India with Prices. Tata Motors has recently unveiled the Nexon EV, and it is expected to be officially launched at the 2020 auto expo. It is also the first high voltage indigenous EV ever produced. Making use of a battery pack that is mounted under the floor, as Teslas do. Nexon EV is powered by an electric motor that is capable enough to propel 129PS and 245Nm of torque. Since electric motors are capable enough to produce the torque from the moment you tap on the accelerator, 245Nm of twisting force on tap helps the Nexon EV to reach 100kmph from standstill in just 9.9 seconds.

The 30.2kWh battery pack on the Nexon EV gives the car a range of 300kms and can be charged to 8 hours from a standard wall charger, while the EV can be charged up to 80% in just 60 minutes from a fast charger. However, if all of this seems like a lot more than what was expected from the Indian manufacturer, so here's more to this upcoming Tata cars at 2020 Auto Expo. This upcoming Nexon EV will be offered with a standard warranty of 8 years or 1,60,000 km, whichever comes earlier. The safest Indian car is also the best-selling SUV for the Indian manufacturer. And, it is none other than the Tata Nexon. The funkily designed Nexon is loved by the Indian audience, but the car is now getting old and due for a facelift. If not, the spy shots of the facelifted version at least suggest so. Tata motors have been rigorously testing the Nexon facelift on the Indian roads. The test mules are heavily camouflaged, but they hint about the new design of headlamps, steering wheels, redesigned bumper and bonnet. Gone would be the frog-eyed headlamps leaving space for something more stylish and bold. The new Nexon facelift will be based on the Impact design language 2.0 and thus will have a fresher and premium appeal to it. In simpler words, the Nexon facelift would more or less be the same car as the Nexon EV in terms of looks.

So keep a check on our list of upcoming Tata cars at auto expo 2020 when heading out to the show, making sure you do not miss out any interesting car. For more interesting updates head on to IndianAuto.com.