5 Cars That Ostracized The Automobile Slow Down

The car sales is all-time low bringing the auto-industry to a very lousy state, bu there are a few cars challenging this slump and have are selling better than ever. Let's have a look.

The Indian automobile industry has witnessed a series of mandates in the recent past. From AIS-140 for the passenger commercial vehicle, AIS-145 for the private passenger vehicle, to FAME policies for EV and BS-VI emission norm, the industry is experiencing a massive transition which in turn combined with many other factors, has affected the overall sales of the vehicles. The slump in automobile sales is the worst seen in the last 10 years, but then this can just be stated as varying growth since the automobile industry was experiencing exponential growth. But, the car brands which were a top hat in terms of sales figures are now seen fighting the slow-down by reducing the production or in some cases going for a short-term cold stops to the production line in addition to offering massive discounts on the un-sold inventory. Kia Seltos is based on the Hyundai Creta platform, but it feels a lot better than the car it is based on.

The latest and the very first offering from the Hyundai’s sister brand Kia is the Seltos, a mid-size SUV built on the former’s best-selling SUV offering Creta’s pedigree, is performing really well in the market. Though Kia is a new brand in India, it still has somehow, clicked on us Indian’s mind quite well. Bagging a jiff over 23000 bookings in the month of August itself, Seltos announced Kia’s entry quite loud in the market. While it has not yet been a month to the Seltos’s official launch, Kia has managed to sell more than 6000 units of the car.

The base price tag of 9.59Lacs INR and a plethora of features along with a multitude of engine and gearbox combinations to choose from, the Seltos comes fitted with a testament to offer every possible option to the customer. Offered in GT and Tech Line trims the Seltos hosts a premium build quality with shredded dimensions to please the urban crowd. For people looking to buy a mid-size SUV with best in class build quality and intelligently designed interiors without going the humongous way like the MG hector or the Tata Harrier, Seltos can be a perfect car for them. Only compact SUV launched this year, Hyundai Venue took the crown of best selling car of the segment from Brezza.

Another SUV from Koreans, but this time from our very beloved Hyundai, the Venue has taken over the slowdown like a boss. 2019’s first compact SUV marked its debut with all bells and whistles, with features list longer than any other compact SUV on sale, Venue dethroned the segment’s best-seller Maruti Suzuki Vitara Brezza with a breeze. While Hyundai India was blamed by the critics to be a latecomer to the under-4m SUV show, but the Venue proved that late was better.

With 3 different engine and gearbox options to choose from, Venue offered the customers a wider variety to taste from in very same shape. Shape, which resembles that of the larger Creta also helped the SUV mark the success steps in the market, as Hyundai sold near to 9000 units of the Venue in the month of July. With a cohesive design on the outside and smartly laid-out interiors on the inside, Hyundai marked the last nail in the coffin of the competition with a base price of just Rupees 6.5lacs. So, if you are in the market to get your hands on an under-4m SUV, the Venue can be a good choice for sure. Sold-Out for the year 2019, MG Hector is a car that has defied all the success any debut has ever achieved.

The 3rd contender in the list is also an SUV, but a size or two larger indeed. The British brand MG started operation in India recently with the launch of Hector. The Hector isn’t a British car though if going through its pedigree, it is only the MG moniker that let us think so about its filiation. MG now is owned by the SAIC group which is the largest auto-manufacturer from China. So, the Hector is basically a Chinese SUV, rebranded here in India with MG badge, but the car comes with the superb build quality. To give you an idea, the Hector doors feels the heaviest in the segment.

Feature loaded to the gills, SUV also has a noticeable road-presence in comparison to its rivals, the Hyundai Creta and the Kia Seltos. With reliable powertrain options and features like the panoramic sunroof and connected car tech, the Hector is booked for the year 2019 with 28000 units on record. While, the car is offered with plenty of schemes for the service and maintenance part, and also a buyback option. MG is also providing credits against the waiting period for the delivery which can be converted to monetary sums to get official MG accessories.

Also Read - Used MG Hector Being Sold For Higher Than The Price Of New Model. The Ertiga loved by masses since the car comes with practicality of 7 seats with driving manners of smaller car.

Not Having a Maruti in the list would make this list sound hoax and biased. So the most affordable modern MPV on sale in the country, Ertiga is doing better than ever when everything else about the industry isn’t. With a set of reliable and pretty usable engines and generous interior space given for its size, Ertiga has got quite a lot up its sleeve to consider one, if 7-seats are your primary requirement while the budget is a major constraint. That does not mean Ertiga is any other people carrier, since Maruti has crafted it well, and it can be used as a daily driver too while hauling 7 when needed. With pretty neat highway manners, the Ertiga is said to have registered the least drop in its sales figures, as claimed by Maruti Suzuki. 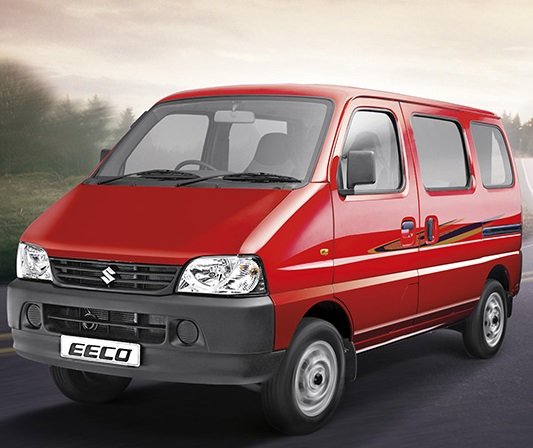 The 7-seater people mover Eeco is car that proved its prowess over Omni, but yeah the Eeco drivers are annoying, but then they get a better view off their seat.

Ending the list is another Maruti Suzuki car and the cheapest one on this list here, the Eeco. Reading Eeco in this list would be shocking, but this bare-bone people mover seems to be enjoying the industry slow-down. The Eeco comes at a base price of 3.5lac INR with credentials to carry 7 passengers on board. In the country for the past 10 years, the car has built an image for being a rugged and economical people mover. It is offered with a 1.2L petrol engine that can also be had with an option of CNG propulsion. And all of this combined with the Maruti’s decision to take Omni out of the showroom floor has further boosted the sales of India’s beloved 7 seater. While Eeco is also offered as a commercial vehicle to the courier services as Eeco Cargo, the car surely has a lot more space to capture in the rural market of the country.

Currently, the decline in sales is a major setback for the industry, but it can be a real jim-dandy opportunity for people planning to buy a new car. As manufacturers are offering humdinger-ingly appealing discounts on their products, which won’t be a case with the BS-VI cars which are expected to carry a higher price tag in comparison to their BS-IV counterparts. So, if you are planning to fit another machine in your garage, this coming festive season could fetch you a great deal.